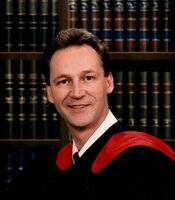 We are saddened to announce the passing of David James Crawford of Cranbrook, BC on April 19th, 2022 at the age of 66 years.  David was born in Teulon, Manitoba however spent most of his life in BC.  He will be dearly missed by his sisters Jo-Anne (Tracy) of Armstrong, BC, Karen (Ron) of Airdrie, AB and his brother Lyle (Pema) of Surrey, BC, as well as his nieces Chantal, Justine and Carly and his sister-in-law Monica.

David was predeceased by his parents James and Norma Crawford and brother Robert Crawford.

David graduated in 1995 with a Master of Arts in Psychology from the University of Victoria.  After Graduating David managed his own counselling service in Cranbrook and in final years of his career was working with at-risk youth.  David loved the outdoors and spent much time hiking and camping.

A private family celebration of life will be held at a later date.