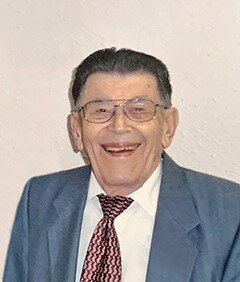 It is with great sadness the family of John Joseph Budiselich announces his passing in the early morning hours of Sunday, August 28, 2022 at the age of 100. John was born on February 11, 1922, in Lic, Croatia and came to Canada with his parents in 1925. He was the oldest of eight children.

John grew up on a farm in northern Saskatchewan near the town of Shell Lake. In 1958 he moved his family to Cranbrook. While in Cranbrook he worked in the lumber industry from 1958 until his retirement in 1986.

He was predeceased by his parents Joseph and Mary, his brothers Joe, Sam, and Mark and sister Anne Terleski.

John was one of Jehovah’s Witness and had a strong faith in the resurrection hope. We look forward to seeing him and all our dear friends and relatives again.

The family would also like to extend their heartfelt thanks to the wonderful caring staff at the FW Green Home for the kind and loving care they gave John during his time there.

A memorial service for John was held on Saturday, Sept. 10th followed by internment in Westlawn Cemetary.

To send flowers to the family or plant a tree in memory of John Budiselich, please visit Tribute Store
Online Memory & Photo Sharing Event
Online Event
About this Event