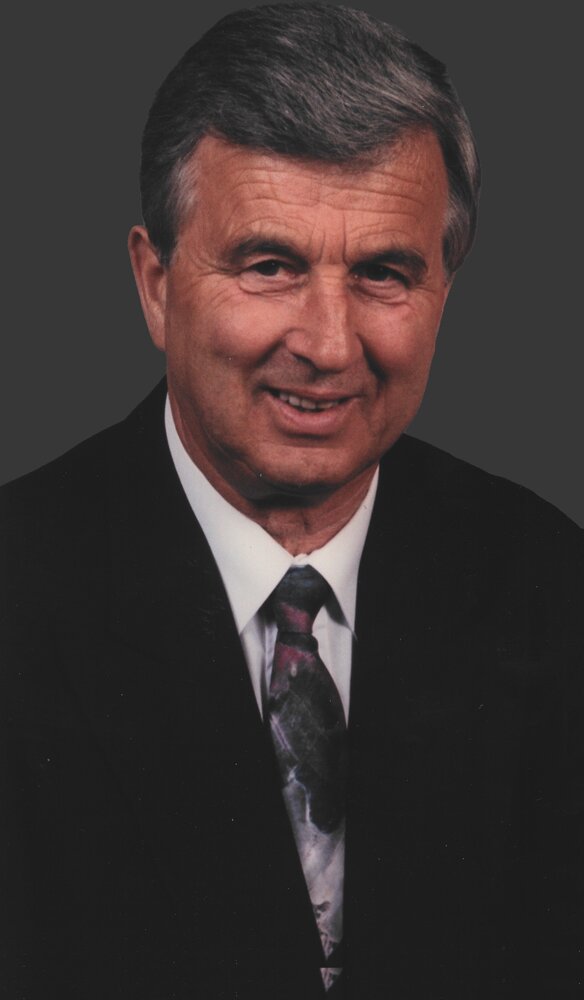 Please share a memory of Alexander to include in a keepsake book for family and friends.
View Tribute Book

Alex was born in Pressburg (Bratislava) on January 21st, 1928. His school studies and teenage life were interrupted by the Second World War. After the war, he found his family in Wiesloch, Germany, where he apprenticed to become a tradesman to support his family. In 1956 he emigrated to Cranbrook, BC, where he was soon joined by his wife and their two daughters, Edelgard and Astrid. His son Darren was born in Cranbrook five years later. He had a long and successful career at Jackson Plumbing & Heating.

Alex met his wife Irene at Church on Thanksgiving in 1950; their second meeting was at a dance. They kept dancing and going to church together in a romance that lasted just over seventy years. Alex was the proud grandparent of two grandchildren, Regan and Raine.

Alex enjoyed a rich social circle and had many friends. He was always a welcome hand at cards, and competitive, exciting card games were played around the table at the Sarvari's. Alex loved to be a host; many are the family and friends that will remember Alex pouring a tall stiff drink or encouraging them to have another serving of Irene’s delicious food. On quiet mornings he looked forward to coffee and crossword puzzles with Irene, which they often quickly completed. Alex was known in the neighbourhood as the handy repairman of many children’s broken toys.

After retirement from his first career, Alex became a stained-glass craftsman, and his work adorns the windows of several churches in the East Kootenays as well as many homes.

Alex was a strong contributing volunteer in the community. He was a signing member of the constitution that created the congregation of Mt. Zion Lutheran Church, and he broke ground and helped build the Church building. He was also a dedicated volunteer of the board, often in the role of Treasurer. But perhaps Alex is best remembered as a choir member where his deep tenor resonated through the sanctuary.

Alex was also a founder of the German-Canadian Club of Cranbrook and was for many years a dedicated volunteer, often on the board and again, most often in the role of Treasurer. Alex was instrumental in building and managing the clubhouse and was often the bartender at club functions. In addition, he enjoyed dancing and performing in club plays.

A memorial service to celebrate Alex’s life will be held on Saturday November 5th, at 11:00 am at the Mt. Zion Lutheran Church in Cranbrook, British Columbia.

To send flowers to the family or plant a tree in memory of Alexander Sarvari, please visit Tribute Store
Saturday
5
November

Share Your Memory of
Alexander
Upload Your Memory View All Memories
Be the first to upload a memory!
Share A Memory
Send Flowers