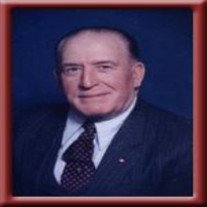 Gilbert worked for the C.M.& S., had Price Excavating with his brother, Nelson. He also had the Kimberley Tire Shop. As the owner of Keynote Builders, he moved to Cranbrook in 1964 to build houses. He was also a carpenter with Crestbrook and the Carpenter's Union.Gilbert was a Traveling Elder with Global Missions. It was his greatest passion to do the work of the Lord. He was a "good and faithful servant" all his life.Gilbert loved his family and friends. He helped most everyone at one time or another in his lifetime. He loved to build something out of nothing. His talent was extraordinary. He loved to entertain everyone with his violin, guitar or singing. He made many tapes of spiritual music for anyone who enjoyed it.

He was predeceased by a daughter, Sarah, a sister, Eva and a brother, Nelson.

A Memorial Service will be held on Saturday, February 24, 2007 at McPherson Funeral Chapel at 2:00 p.m.Memorial donations may be made to Global Missions, Box 934, North Battleford, SK S9A 2Z3 or a charity of your choice.

To send flowers to the family or plant a tree in memory of Gilbert Price, please visit Tribute Store

Share Your Memory of
Gilbert
Upload Your Memory View All Memories
Be the first to upload a memory!
Share A Memory
Send Flowers