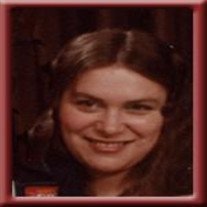 After a courageous battle with cancer Joan passed away at the East Kootenay Regional Hospital, Cranbrook, B.C. on August 28, 2006 at the age of 52.

Born March 15, 1954 in Quebec, Joan is survived by her husband Rod, sons Chad and Todd, stepson Graham and stepdaughter Sherry as well as sister Linda.

Donations in honour of Joan's life may be sent to the Canadian Cancer Society 19-9th Ave. S. Cranbrook, British Columbia, V1C 2L9. or to the Palliative Care Unit at the East Kootenay Regional Hospital.

To send flowers to the family or plant a tree in memory of Joan Leach, please visit Tribute Store