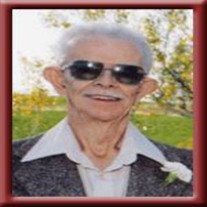 Passed away on September 10th, 2006, at the East Kootenay Regional Hospital, Cranbrook, British Columbia at the age of 81.

He was born in Vancouver on August 31, 1925. In 1962 Fred moved from Vancouver to Yahk and later to Cranbrook in 1994. Fred loved to play the violin and write poetry. He was recognized by the Poets Society for his talent and was awarded a trophy where his poems were published. Fred also had a wonderful sense of humour.

He is survived by his grandchildren, nieces and nephews.

Donations in memory of Fred may be sent to the CNIB Research Foundation, 100-5055 Joyce StreetVancouver, BC V5R 6B2.

To send flowers to the family or plant a tree in memory of Hugh Banbury, please visit Tribute Store

Share Your Memory of
Hugh
Upload Your Memory View All Memories
Be the first to upload a memory!
Share A Memory
Send Flowers