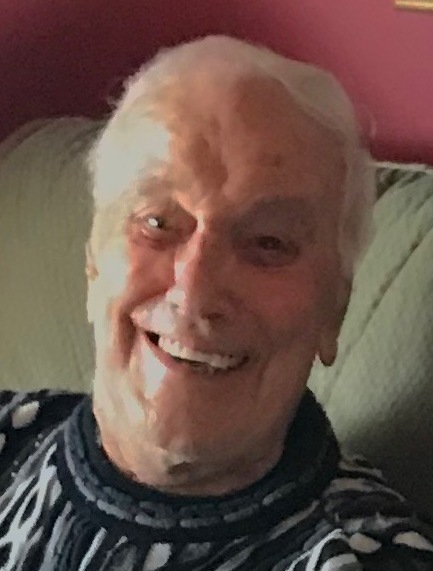 It is with great sadness that the family of Donald Amede DeBuysscher announces his peaceful passing on November 15, 2019.

Don was born on May 9, 1930 to Elsie and Amede “Andy” DeBuysscher in Cranbrook, B.C.  He went on many holiday trips to other countries, but never moved from Cranbrook, because in his words “Why would I ever want to leave paradise?”.

Don was a very dedicated, hard working and honest businessman.  He was a journeyman welder, automotive mechanic, heavy duty mechanic, and owner of Don’s BA, later changing the name to Don’s Gulf.  He obtained his private and commercial airplane pilot licenses, and sold airplanes for a short time.  His final entrepreneurial success was forming Optimistic Enterprises Ltd, hauling chips and lumber.  He retired in 2001, at the age of 72.  Don was known as being a tough but fair boss.

In his earlier days he was a loyal member of the Lions Club, and the original sponsor of the Don’s Gulf Colts Junior B hockey team, which won the league title it’s first 4 years.  He was known as a generous supporter of a renowned part of Cranbrook’s hockey history.

Don loved his daughters, instilling strength and independence in them.  They have wonderful memories of their time with him, especially at Moyie Lake.

Don was predeceased by his parents Elsie and Andy DeBuysscher, and his cousin John Russell.

The family would like to thank the wonderful Nurses and Aids on the third floor of the EKRH for your caring and wonderful sense of humor, you made him so happy!  Also thank you to Dr. Wight and Dr. Post for being so kind and professional.

There will be no service at this time.  A get together will take place in the Spring of 2020.

Share Your Memory of
Don
Upload Your Memory View All Memories
Be the first to upload a memory!
Share A Memory
Send Flowers