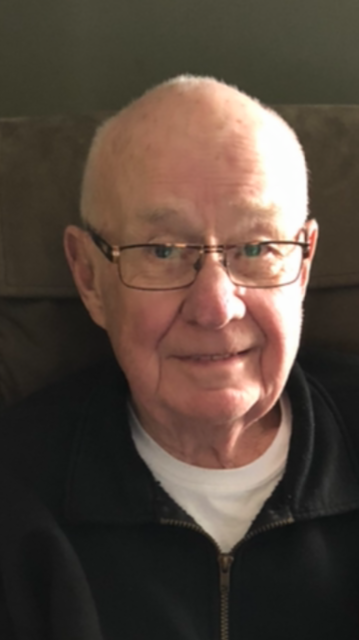 With broken hearts we announce the unexpected, yet peaceful passing of Conrad Blair Meggison on November 27, 2019.

Blair was born on March 19, 1942 in Deloraine, Manitoba. In 1966, he married his best friend and love of his life, Antoinette (Toni) Deslauriers. They lived in Mission, B.C. for years, moving to Cranbrook, BC in 1979.

Blair was a born salesman, from his younger years as the editor of the ‘Turtle River Times’ newspaper, to the 26 years he owned Mega Silk Screening. Retiring in 2010, he was sad to retire, he loved Mega and missed the socialization that came from being at “the shop” every day. Blair was well respected, he never made a promise he couldn’t keep.

At the beginning of those retirement years, he would start his day by driving his grandkids and their friends to school, best way to start the day he would say. Later, when they could drive themselves, he would start his day by bringing his daughter Joelle, a morning Starbucks and say hello to all the little children in her daycare. Blair’s family was everything to him and they always came first. Blair could be found cheering on his grandkids sports teams, from hockey, gymnastics, volleyball, to the Bandits (baseball), he was always there supporting each of them, he was a proud Papa.

In those later years, Blair was a double cancer survivor, lung and then bladder, he never complained and most people didn’t know, he had lost a lung to cancer. He was humble and recognized how lucky he was to have beat cancer twice.

Blair loved his family, Mega, supporting and attending the Kootenay Ice, reading, his sports and traveling. Maui was a favourite and Blair and Toni visited the island 8 times. He loved new adventures, from a helicopter ride above Fisher Peak, to fishing in Mexico, to feeling privileged to tour the inside of the Confederation Bridge during his East Coast adventure. He made new friends along the way.

He will be sadly missed, but forever loved, by his wife of 53 years Toni, his daughter Joelle Hills (Ron Russell) and his son Cory Meggison. His grandchildren Soren Hills (Kim), Brayden Hills (Aimee), Brooklyn Hills, Tyler Russell (Dani), Chelsea Russell (Lori), Linden Meggison and Carson Meggison. His great grandchildren, who brought him so much joy and laughter, Azara, Axel, Brixton and his precious Hendrex.

He will also be missed by his brother Grant (Marion) Meggison, his sister in laws, Marie Paul Gobillot, and Sandra Deslauriers, his many nieces, nephews, cousins and friends.

In honouring Blair’s wishes there will be no services.

Share Your Memory of
Blair
Upload Your Memory View All Memories
Be the first to upload a memory!
Share A Memory
Send Flowers