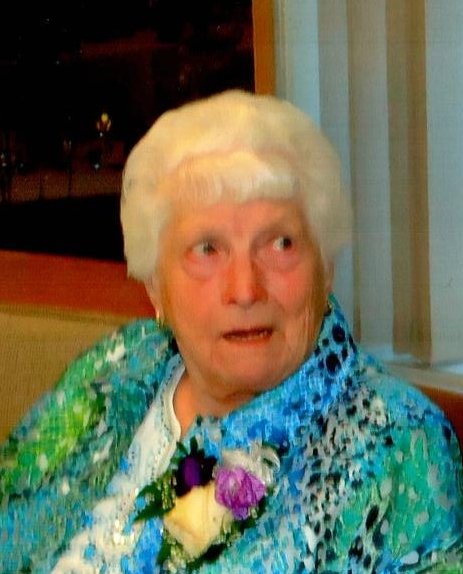 On the first day of spring, with her son by her side and her daughter arriving
shortly after, it was with a heavy heart that we must announce the sudden
passing of Anna Schmidt, at the age of 87

Anna was born in Duisburg, Germany.  While living in Germany she married,
then she had to wait 3 years before she could immigrate to Canada to finely be
with her husband Henry in Cranbrook. Soon after their daughter was born. After
that a few months later the young family had to transfer to Blairmore, Alberta.
While in Blairmore, Anna again pregnant, was in the city courthouse about to get
her Canadian citizenship, her water broke and she gave birth to her son. Again 2
later the growing family was transferred back to Cranbrook and have remained
there until her passing.

Anna was a wonderful wife, mother and homemaker. She was loving, welcoming, warm, and yet firm and was the glue that kept the family together.  She enjoyed cooking, baking, sewing, and intricate lace crocheting. She even enjoyed her part
time job as a salesclerk in a local clothing store. For many years she was involved
with the German - Canadian club of Cranbrook. Anna also loved to dance, and had
A beautiful voice and would sing in both English and German.

Anna also loved to travel,  and in later times did camping.  She was never afraid to
speak to people and she made a lot of friends over the years.

It is of Anna’s request of a private remembrance and will be held at a later date.
In lieu of flowers, a donation could be made to the Heart and Stroke Foundation
of Canada, or to a charity of your choice.

Share Your Memory of
Anneliese
Upload Your Memory View All Memories
Be the first to upload a memory!
Share A Memory
Send Flowers