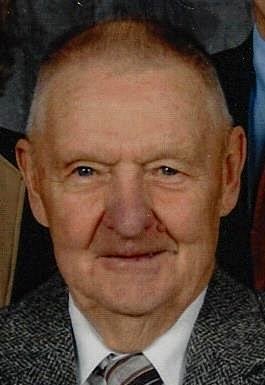 The family of Ralph (Bud) Rounsville is saddened to announce the passing of their beloved husband and father on May 15, 2020 at the age of 93.  Bud’s departure will leave a large and lasting void in the lives of his family and those who knew him.

Bud was born in Yahk, B.C., on January 16, 1927 and spent his entire life enjoying the wonders of the East Kootenay.  For the majority of his working career Bud was employed at Canadian Liquid Air, spending 30 years overseeing the production of industrial gases.

While work was important to Bud, he was most comfortable when recreating or tending to his home.  He enjoyed hunting in his earlier years, but fishing became his passion.  Some of his best days were spent in his boat or on the dock fly fishing at their place at Kootenay Lake. Bud’s home was his castle and he spent most days in his garden, tending to his yard or in his woodworking shop.  After his home was taken care of, he could often be found helping with his family or neighbours’ needs or just having a friendly conversation sharing his unique sense of humour and quick wit. He enjoyed everyone’s company as they did his.

Bud was an active member of the Lion’s Club for many years helping to oversee the operations and upkeep of the Lion’s Mountain View Village.  Curling was an important part of Bud’s life, either by actively participating or watching games on T.V.

Bud was predeceased by his parents, Ed and Ellen Rounsville and sisters Elaine (Dan) Haigh and Norma (Cecil) Detta.

He leaves to mourn his loving wife of 67 years, Katie Rounsville. Bud will be lovingly remembered by his daughter Christine (Ken) Olson, grandsons Tyler and Brett, and son Dennis (Nella) granddaughter Danielle, grandson Scott as well as 4 great granddaughters. Bud is also survived by his sister Ruby Gray and many nieces and nephews.

There will be no service at Bud’s request.

In lieu of flowers, donations in Bud’s name can be made to the East Kootenay Foundation for Health or a charity of your choice.