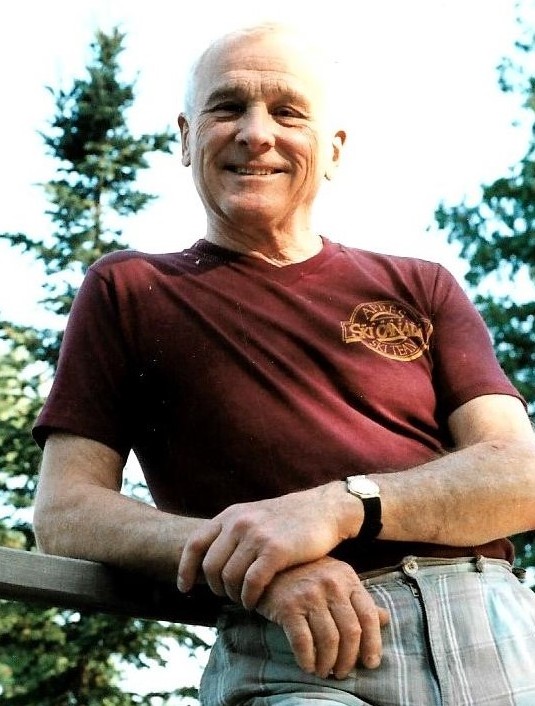 Fred passed away peacefully in his sleep at Kimberly Special Care Home at age 90.

Fred was born on February 1, 1930 in Ottawa, Ontario. He lived most of his life in Ottawa before moving out to Ta Ta Creek, B.C.

As a Chartered Accountant Fred worked his entire career for the firm of Touche Ross in Ottawa.

Fred loved the outdoors and staying active.  As a teenager he and his friends would walk over to Camp Fortune ski hill, climb up the hills and ski down. He continued to ski well into his seventies on the snow and at his sister's cottage on the water. In the summer months he would take his family camping and boating every weekend.

Fred was an exceptionally talented handyman who could do any mechanical, electrical, woodworking or building project. He regularly worked on his own car and built a boat and the motor that powered it. He built a cottage, and another cottage which then became his home. After moving out west to Ta Ta Creek he built a home there. His workmanship was impeccable.

The family would like to thank the wonderful staff at Kimberly Special Care Home for the care they provided to Fred. They were all so kind.

A Celebration of Life will be held at a later date in Ottawa, ON

Share Your Memory of
John
Upload Your Memory View All Memories
Be the first to upload a memory!