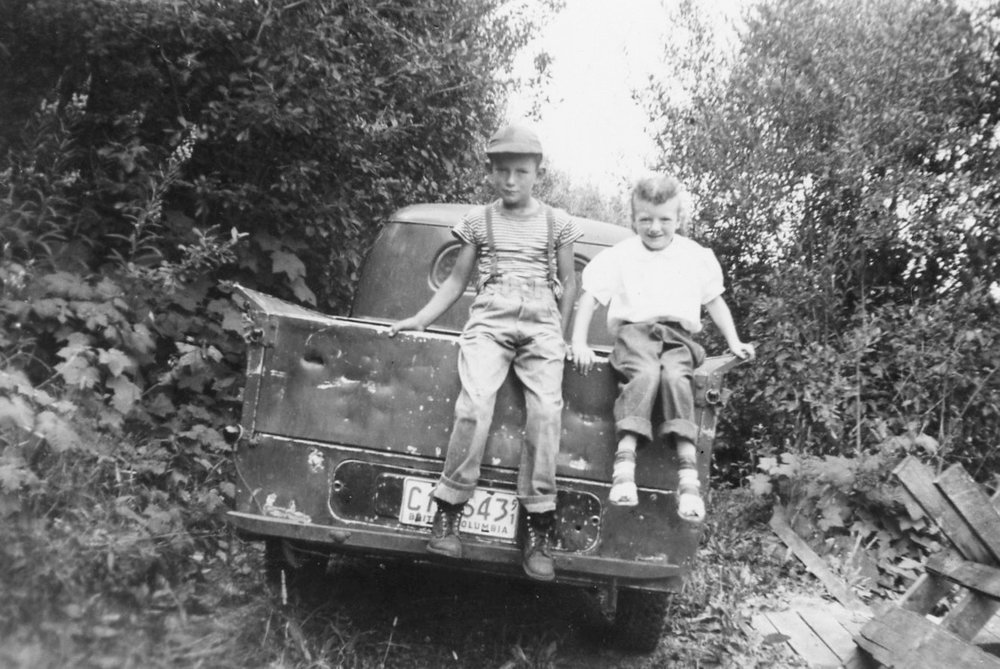 John grew up in Fernie, B.C., hunting, and fishing, and generally causing mischief.  His love of the outdoors would continue to grow, and he added snowmobiling to his hobbies.

It was here, in beautiful Fernie that he met and fell in love with Beryl, his wife of 54 years, after the two were set up on blind date by mutual friends.  Their family grew to include two daughters and they moved to the isolated inlet of Clowholm Falls, B.C. so that John could obtain a fulltime position with BC Hydro.

After two years on the sunshine Coast, John and Beryl would settle in Cranbrook and raise their family.  John was a regular member of the Cranbrook Curling Club for many years and never missed a bonspiel.  Back in the East Kootenays, many a summers day was spent at the family cabin that he had built with his father at Edwards Lake.  This was one of his favourite places, and he was always adding to his list of improvements.

John worked for BC Hydro for close to 40 years, retiring as a sub foreman in General Trades.  He was an easy-going man, that was well liked by many, friends, and coworkers alike. Retirement brought a passion for golf, time spent with grandkids, and trips to Bonners, and Las Vegas with Beryl and their daughters. John was known for his kind and gentle manner, his love of animals and Costco, his patience, and sense of humour.

He is predeceased by his parents, Martha, and Dan Chester.

We would like to express our heartfelt gratitude to the E.K.R.H. ICU team, Dr. Wik, Dr. Frolova, RNs Nancy and Megan for the care and compassion they demonstrated towards our family.

A Celebration of Johns Life will take place at a future date and time.

In lieu of flowers, donations may be made in John’s honour to the Kootenay Wildlife Heritage Fund https://www.canadahelps.org/en/charities/kootenay-wildlife-heritage-fund-society/ or East Kootenay Foundation for health- East Kootenay Regional Hospital ICU Dept, or the charity of your choice.

“The pain of loss is a reflection of Love, but never regret loving as hard as you can.”

Share Your Memory of
John
Upload Your Memory View All Memories
Be the first to upload a memory!