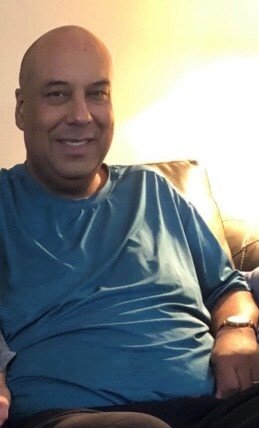 Mark Dennis Hall was involved in a motor vehicle accident and died shortly after en-route to the Fernie, B.C., Hospital on Nov 8th, 2020. He will be greatly missed and forever loved by many.

Mark was born in Toronto, Ontario on March 28th, 1969 to Sonia Mama & Dennis Hall. Shortly after, his family moved to Cranbrook, B.C. Mark is a father to two beautiful daughters Tiana (Landon) and Keirah (Mark) and son Zach. He is the grandfather to two adorable grandchildren Tyson & Hazel and is uncle to many nephews and nieces. He met his wife Candice at a young age in 2001. They married on June 28th, 2008 and there after spent 12 more amazing years together.

Mark was a devoted father, husband, son, son-in-law, brother-in- law, uncle, and best friend. Helping people was his passion and he strived to help anyone who was in need. He won multiple court cases and fought for the people in his community as a human rights advocate. His passion led him to work as a poverty and homeless outreach advocate at Street Angels in Cranbrook for 9 years. Due to medical issues Mark was not able to work on the frontlines but he still pushed his way to help anyone who was in need. He faced his struggles but overcame them with great courage and strength. Mark walked many paths in life, some paths led him down dark roads and others led him to prominent places; but no matter what path was taken, it always led him home. His memory will be cherished by all who loved him. Forever in our hearts.

He was predeceased by his father Dennis Hall, grandparents John Hall Sr and Lena Mae Hall.

For those who would like to watch the service, it will be available via live streaming. Go to www.mcphersonfh.com and click on the Live Service link about 10:50 am, Tuesday, November 17, 2020, Mountain Standard Time.

In lieu of flowers, donations can be made to Street Angels Cranbrook.

To send flowers to the family or plant a tree in memory of Mark Hall, please visit Tribute Store

Please go onto McPherson Funeral Services Website just prior to 11 am Tuesday, November 17th, 2020. Click on the Live Service link, if you see a play icon, click there.

Share Your Memory of
Mark
Upload Your Memory View All Memories
Be the first to upload a memory!
Share A Memory
Send Flowers