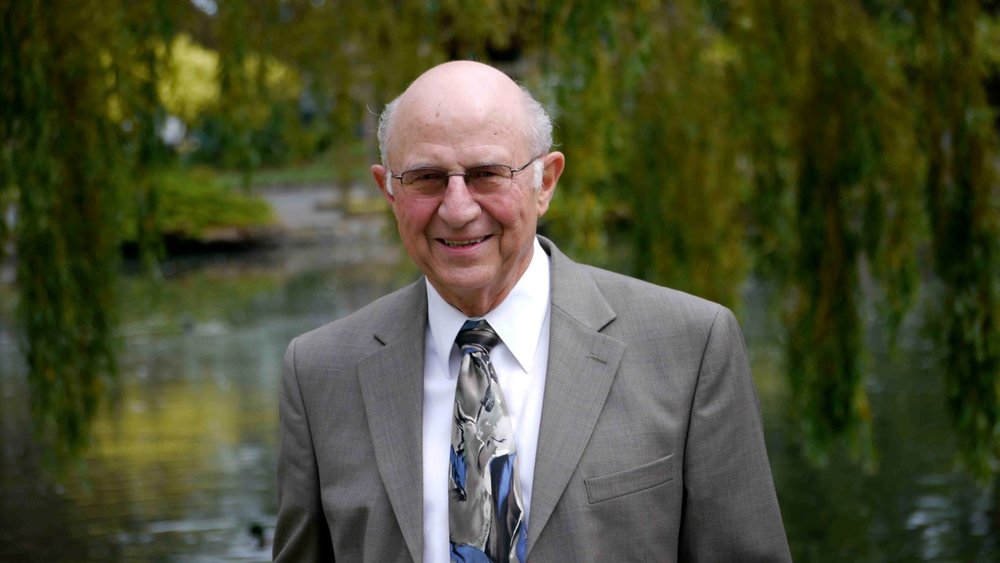 Fred passed away peacefully with his family at his side in the early hours of New Year’s Day.

Fred was born in Prince George to Frederick Lamont and Muriel Ann Stevens. He grew up in many locations from Shelley/Willow River, B.C., to Tennant California, (13 locations) finally graduating from Langley High in 1956.

Fred’s working career started in a plywood plant in New Westminster and then he worked at a Kitimat logging camp with his dad. Employment as credit manager at Haney Motors and field rep at GMAC in Vancouver and Hamilton, Ont led him to college and ultimately UBC to pursue education studies. Fred returned to UBC for eight summers to continue learning and specialized in school administration. He graduated from Gonzaga University in Spokane, WA with a Master of Arts in Administration and Curriculum in 1987. His teaching career began at Chief Maquinna Elementary (Vancouver 1965), which directed him to administration in Masset, Haida Gwaii, later to Mica Creek, Revelstoke, Barriere and finally in 1981 - the family choice – Cranbrook. He was principal of Laurie and/or Parkland Junior Secondary schools for the next 16 years. Fred met Rose at the GMAC office and they married in 1966. Fred loved competitive sports, being on a team, coaching his children’s ball and hockey teams and simply watching sports. There was not a sport he didn’t like.  While competing in eleven BC Seniors Games there were several successful slo-pitch championships. Camping, and especially fly fishing, took up many leisure hours.  Fred was convinced to purchase a motorbike, which proved to be a steep-learning curve, but it soon became a favoured way of travel, which included a long trip to Oklahoma and shorter trips to Vancouver Island, Northern B.C., and Northern Alberta. Although international travel began in the mid 1970’s, it wasn’t until his retirement in 1997 from SD5 that he travelled extensively with his wife Rose. Fred was a clever travel planner always looking ahead of possibilities and pitfalls. Their Mantra became: ….travel now, for you never know when one or the other ………… (and the ending was left blank). He continued to be a member of Christ the Servant Parish, Cranbrook Curling Club, director on the Cranbrook Library Board, RDEK, and president of the Lions Club until it was no longer possible. Fred was a news junkie and retained a myriad of tidbits. He enjoyed playing cards, including bridge, poker, and family games on Sunday family night. He kept a daily diary and was often able to refer to facts when memories got hazy.

Fred is survived by his wife Rose, daughter Cari-Lee (Jared), sons Weldon (Nicole), Courtenay (Rebecca), grandson Cadence, brother Roy (Sheila) and bountiful nieces, nephews and many, many cousins. He will be missed beyond words.

The family wishes to extend their gratitude to Columbia Gardens/Invermere, Kimberley Special Care Home and as of late the F.W Green Home.

Interment of Fred’s remains will be held at a later date.

Memorial donations may be made to Cranbrook Lions Club at Box 225 V1C 4H8 or online at www.LCIF Canada or a charity of your choice.

To send flowers to the family or plant a tree in memory of Frederick Stevens, please visit Tribute Store
Print
Share A Memory
Send Flowers