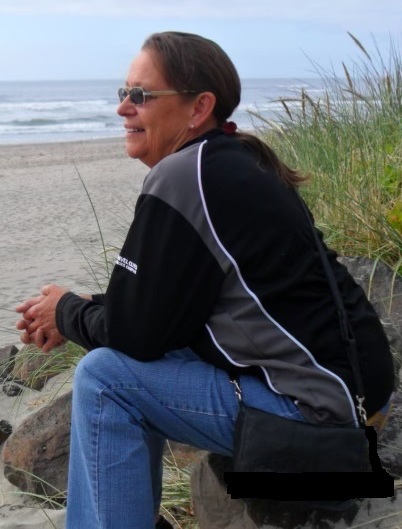 It is with heavy hearts that the family announces Barbara’s “Barb” Holmes passing on January 9, 2021 in Cranbrook, B.C., at the age of 71.

A proud descendent of Finnish and Swedish parents, Barb was born in Finland in 1949, and immigrated to Canada with her family in the early 1950’s. The Holmes family settled in Richmond, B.C., where Barb attended Steveston Secondary School, graduating in 1967. After marrying, she started her family in Edmonton, Alberta where both sons were born and where she lived until returning to the West Coast in the late 1980’s.  In her later years, Barb moved to the East Kootenays, settling in Cranbrook, B.C., where she remained for the rest of her life. Barb was an astute and hard worker and was a member of the team at CIBC Wood Gundy in Cranbrook for nearly 20 years, also completing her Canadian Securities Course in 1996. It was in Cranbrook that Barb continued her love of gardening, which she was so passionate about; planting and caring for a vegetable and flower garden and was especially proud of her greenhouse which boasted perfect tomatoes every season. Barb enjoyed the outdoors, being in nature and more recently, had purchased a Boler trailer “Minnie” to be use on her many camping adventures usually to Englishman Bay or Suzanne Lake for the weekend.  Though Barb never owned a boat she obtained her boaters license so that she could drive the boat while her friends would fish. Foot Spa, Campfires, a good book and a tall glass of Chardonnay was a part of every camping trip.

Barb was especially lucky to have a close-knit group of friends, the “Wolf Pack,” whom she treasured dearly, and who spent many weekends adventuring together. Barb was Senior wolf and a founding member of the beloved Wolf Pack. Barb loved to drive, and road trips “roadies” were her passion. Trips would be as close as the west Kootenays or as far away as the Oregon Coast and any passenger was treated to a history lesson along the way. The journey was mapped out by both highway and points of interest. Kalispell was a favorite destination always including a night or two at Moose’s Saloon.  Any excuse to go, whether it was planned days ahead or getting a last-minute call to say, “I am on my way up to get you.”  Barb also took many solo trips always starting or ending at the ocean “I come to the sea to breathe.” Barb was resilient, witty, had a love for music and a zest for life that was contagious but also, she had a Peaceful Easy Feeling while she was running down the road looking for a place to make her stand, always looking for her Tequila Sunrise.

“When we lose someone, we love we must learn not to live without them but to live with the LOVE they left behind.”

Barb is survived by her mother Eira Holmes, her brother, Peter Holmes, her two loving sons Matthew Kamer (wife, Alycia) and Travis Kamer (wife, Jenny) along with her four grandsons, of whom she was so proud, Alexander, Aiden, Arlo, and Archie.

Barb is predeceased by her father, John Holmes.

To send flowers to the family or plant a tree in memory of Barbara Holmes, please visit Tribute Store

Share Your Memory of
Barbara
Upload Your Memory View All Memories
Be the first to upload a memory!
Share A Memory
Send Flowers