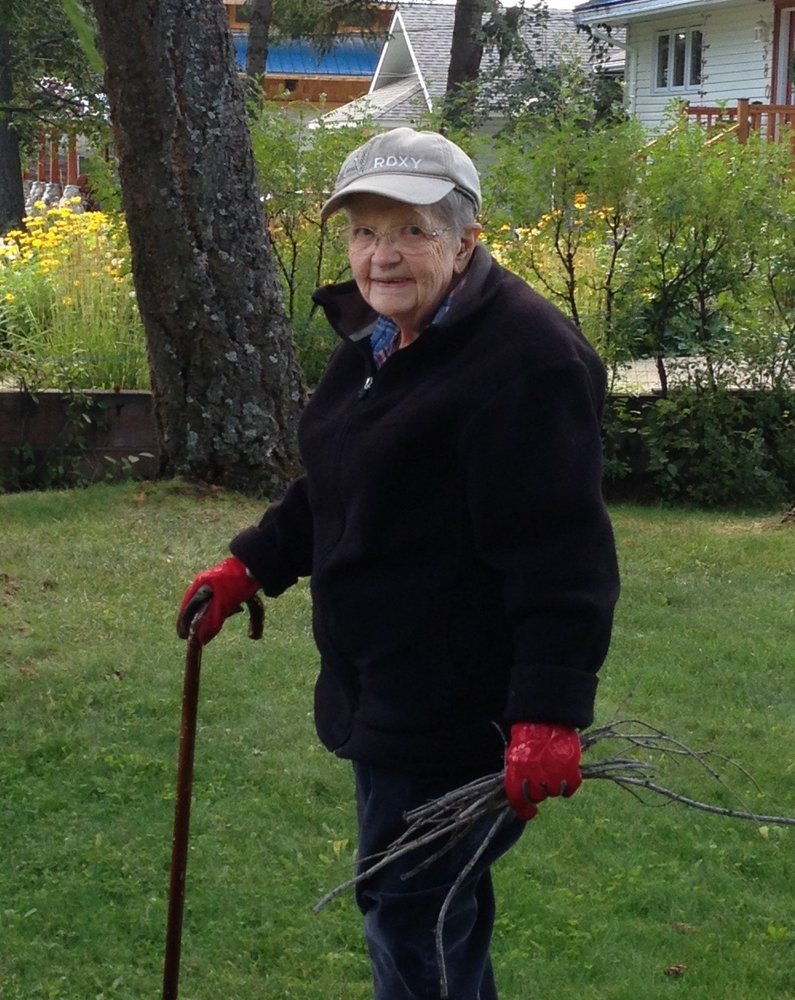 Rose passed away peacefully on February 8th with her husband of 68 years, Jack, holding her hand.

Rose was born in Vancouver General Hospital, and grew up in East Vancouver. She had many fond memories of summers at Spanish Banks and Trout Lake, going to the movies, and attending baseball games at Athletic Park. She was blessed to grow up in a neighbourhood with lots of children to play with, especially her dear friend Helen right next door. A huge garden with fresh fruit and vegetables, and even chickens, kept Rose and her parents healthy during the Great Depression. In her teens and early twenties, she cycled regularly with friends in the Canadian Youth Hostels Association, mostly around Stanley Park, but also all over the lower mainland to areas such as Harrison Hot Springs.

Rose attended Selkirk Elementary School, John Oliver High School, the University of B.C (Bachelor of Arts), and the Vancouver Normal School. She then taught elementary school in exotic one-room schools in Britannia Beach, Tulsequah (across the glaciers from Juneau, Alaska) and Wildwood, Alberta. Teaching eight grades at once was common. During her two-year stint in Tulsequah she met and married the man who had hired her sight-unseen.

Rose and Jack lived in Salmo (HB Mine) for 6 years and during that time had 4 children. Then on to Port McNeill (Benson Lake Mine) where they had another baby and lived until 1967 when they moved to Trail. In 1971 they moved to Kimberley where they’ve lived until now.

Rose was an avid gardener and always kept a beautiful yard. She spent hundreds of hours puttering around her large garden every summer. She volunteered over the years with the Brownies and Girl Guides of Canada, did a little substitute teaching, and ran a kindergarten in her basement in Port McNeill for a year. She was a member of the Kimberley United Church and valued her Sunday mornings. Always loving baseball, Rose was a dedicated Expos, and then Bluejays fan. At 83, she set a ziplining record in Sooke. Her life was all about family, and she always looked forward to visits to and from her children and grandchildren.

In lieu of flowers, a donation to the Kimberley United Church or Kimberley Food Bank would be appreciated. A service will be held when it is safe for us to gather.

To send flowers to the family or plant a tree in memory of Rose Ratcliffe, please visit Tribute Store

Share Your Memory of
Rose
Upload Your Memory View All Memories
Be the first to upload a memory!
Share A Memory
Send Flowers