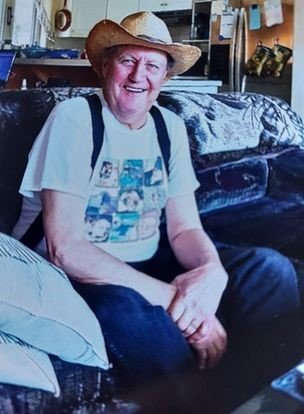 It is with great sadness that we say goodbye to our beloved Carl Colborne. Carl passed away peacefully on Monday, February 15, 2021 at the Invermere Hospital with his loving wife by his side.

Carl met the love of his life Cheryl in 1982 and they were soon married in June of 1983. They were married for 37 fantastic years. Carl was an awesome husband, father, brother, friend, and grandfather.

Carl was a very happy go lucky man, that lived life by his own rules. He moved out west from Nova Scotia when he was 16, where he fell in love with the mountains and decided to settle down in Cranbrook. He loved the outdoors immensely. Camping in the mountains, hunting, and fishing were a passion of Carl's. He was especially fond of ice fishing, where he would spend day after day out on the ice. In the summer months Carl drove his #9 stock car dubbed the “TIDY CAR” at Echo Field raceway, where he won countless trophies and made many friends. He enjoyed watching Nascar and was a huge Montreal Canadians fan. He worked construction as a carpenter most of his life, first in Cranbrook and later in Fairmont. Carl loved his country music and could be caught singing a song or two on rare occasions. (everyday). Stomp N' Tom and old-time country music were some of his favorites. His favorite sayings were “Finer Than Frogs Hair” and “Peace in the Valley.” He loved his dog and best friend RINGO, our pet for 16 years. Carl and Cheryl happily resided in Fairmont for the last 23 years. He will be missed dearly by all who knew him.

He was predeceased by his parents, Russell & Muriel Colborne, 2 brothers Monty and Ray Colborne and 1 great grandson.

As per Carl's request no services to be held.

To send flowers to the family or plant a tree in memory of Carl Colborne, please visit Tribute Store

Share Your Memory of
Carl
Upload Your Memory View All Memories
Be the first to upload a memory!
Share A Memory
Send Flowers