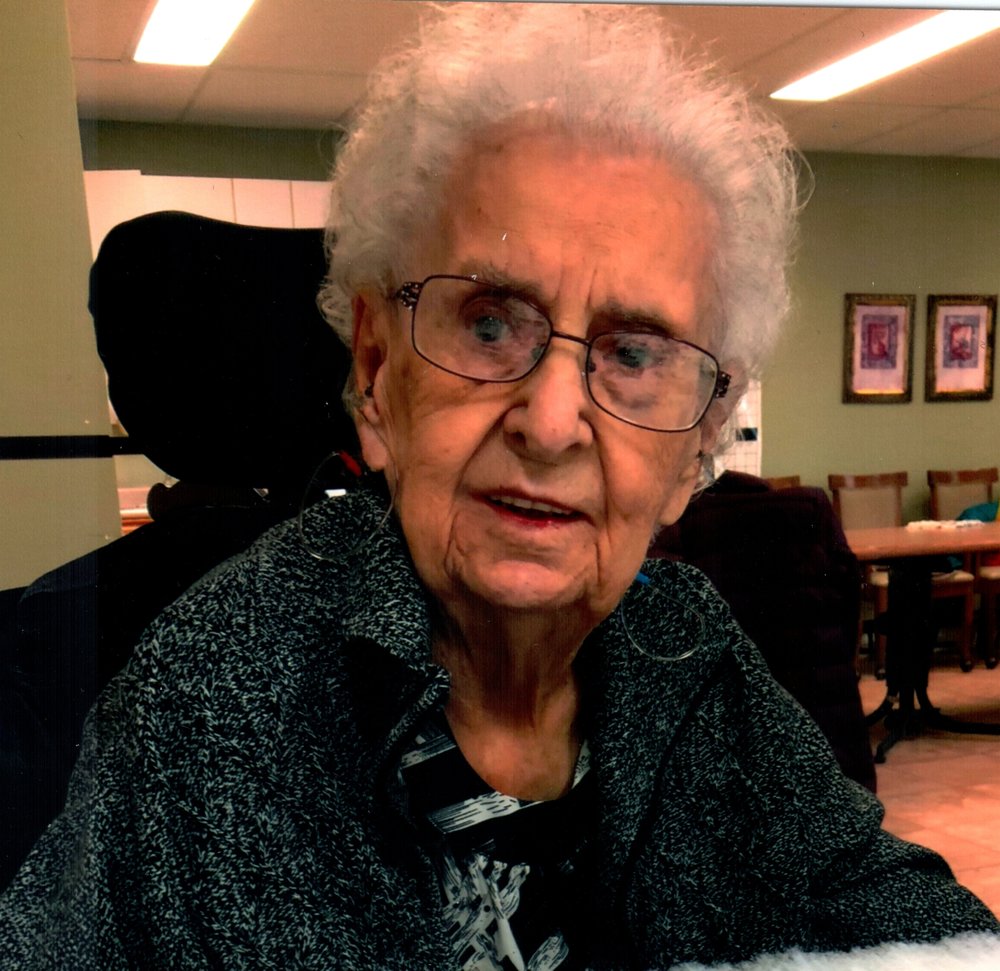 It is with sad hearts we announce the peaceful passing of Agnes Vera Sherritt.

Agnes saw and experienced many things as she journeyed through her 101 years of life. As a child in Saskatchewan, she lived through the depression of the “Dirty 30’s.” As a young woman in Kelowna, she experienced the death of her fiancé during World War 2. After the war had ended, she met and married W. Murray Sherritt, who was the love of her life. The partnership she shared with Murray saw two houses built on their orchard property in Winfield, B.C., where they raised their two children. She was never afraid of hard work and quietly passed that good work ethic onto her children. Early in her marriage she was employed by and represented Winoka Co-Op – Okanagan Center in competitive apple packer competitions. Once Joan & Brian arrived, she was a stay-at-home mom, and a great cook that provided for many. Her homemade bread, cinnamon buns, as well as apple, cherry and peach pies were a staple that went along with all the fresh fruit and vegetables the farm produced. After the children left, she and Murray travelled to Australia, Florida, Alaska, and Hawaii, but the trips that made her smile the most were to the casinos in Reno, Las Vegas, Kelowna, and any casino in between! The 2020’s COVID crisis was hard for Agnes and her family, but we were always there for her. She was a cherished and devoted mother, mother-in-law, grandmother, and great grandmother. Nana loved the great grandchildren and all the hugs and drawings she got when they visited her at Joseph Creek. We have been blessed to have been able to spend so much time with Agnes, and we will miss her dearly.

She was predeceased by her loving and deeply devoted husband Murray, who she shared 72 years with, her sister Anne and brothers Joe, Andy, Willy, Rudy, and Jake.

The family wish to extend their gratitude and appreciation to the dedicated staff in “Baker” at Joseph Creek Residential Care Village, where Agnes resided since relocating from Kelowna, B.C., in March of 2016.

As per Agnes’s wishes, there will be no services. She will be laid to rest with Murray at Lakeview Memorial Gardens Cemetery in Kelowna, B.C.

To send flowers to the family or plant a tree in memory of Agnes Sherritt, please visit Tribute Store

Share Your Memory of
Agnes
Upload Your Memory View All Memories
Be the first to upload a memory!
Share A Memory
Send Flowers