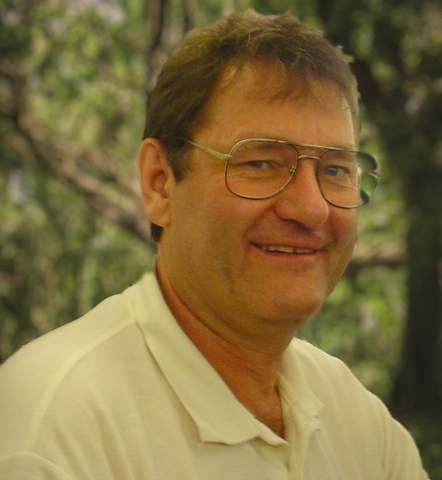 Bill was born in Vancouver, B.C., and grew up in Lethbridge, Alberta. Bill said farewell to the Province of Alberta after graduating high school in 1969. He was drawn to the mountains, and the lifestyle of the East Kootenays. Bill began his sawmill career with CNI at Elko, B.C., in January 1970 as a general labourer. He quickly became a forklift operator Class “A” lumber grader and trainer, and quality control supervisor.

Known as “Elko Bill”, he loved live music and played guitar/bass and sang with local groups and as a solo entertainer. Through music and work, he met and befriended many of the South Country residents. He made this his home for 25 years. Bill began an electrical career in 1975 and was proud and proficient member of the IBEW electrical union for 42 years. He started contracting as “South Country Electric” in 1982. He later moved to Cranbrook in 1990. As a construction electrician, Bill had the golden opportunity to travel and work on many industrial projects located in Western Canada and the U.S.A. As a Master Electrician, Bill was always striving for self improvement to improve his employability in the very competitive electrical industry. He became a J/M Welder and Boom Truck operator and an Instrumentation Technician. Later he became a QA/QC Electrical Inspector on major oil-sands projects in Alberta and other industrial sites in B.C. Bill believed that “procrastination was the grave in which opportunity is buried”. He carved his own niche in life and believed that a person should be judged by their “actions” not by meaningless words or self-serving intensions.  During his career, he mentored many apprentices and co-workers. He was well respected and has maintained professional friendships right across Canada. His work efforts are a subtle but solid monument to his life. Bill shared his life experiences and lessons with people who were willing to listen and learn.

Bill liked to travel and was a student of human behaviour. He lived and toured in 16 different countries. Bill liked gardening and grew prolific fruit and vegetables in his back yard garden. He was an avid fisherman, hunter, musician, and photographer as well as outstanding poker player. Bill was able to follow his dreams and enabled other people to find the “necessary tools” to survive and thrive in the “real world”.

In 2004, he married “Lien” in a traditional Vietnam marriage ceremony in the Mekong Delta… Shortly afterwards, Bill took his wife into Canada to start her new life and a new beginning. Year later, they built two houses and started businesses for her poor family in Vietnam. His selfless efforts have changed the lives of his in-law relatives for the good. He quoted “that’s just the way I am.”

Bill was both receptive and grateful of God’s grace. His destiny in life seemed to be predetermined. He leaves behind to mourn are his daughters Billie-Lein Sleightholm, Bernice Lien Sleightholm. Bill’s co-workers and close friends were also affected in very positive way by just knowing him and working with him.

“The tragedy of life is not that it ends so soon, but that we wait so long for it to begin.”

Memorial Service - Saturday, June 12, 2021, at the Amphitheatre on the southside of Idlewild Park, Cranbrook, B.C. COVID regulations will be implemented. Only 50 people are allowed in attendance, must have preregistered, masks, and social distancing rules apply.

To send flowers to the family or plant a tree in memory of William Sleightholm, please visit Tribute Store
Print
Saturday
12
June