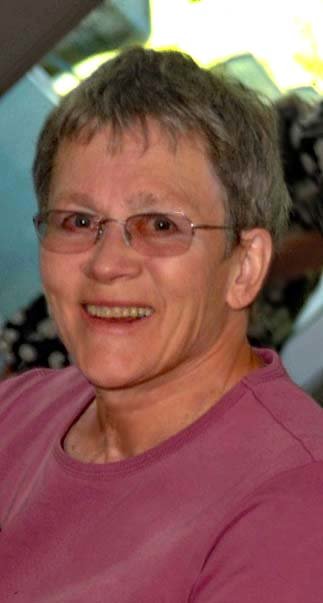 Obituary of Marianne May Smith

It is with great sadness that the family of Marianne May Smith, announce her passing on June 3, 2021, at the East Kootenay Regional Hospital, in Cranbrook, B.C.

Marianne was born on March 9, 1943, in Vancouver, B.C. and was raised in Cranbrook, where she spent the majority of her life. Marianne took great pride in her family, her home, her work, and her community. She gave selflessly her time and energy while volunteering for many charitable and civic undertakings throughout the years. She was always generous to those in need, fighting unstintingly for the underdog in her desire to make the world a better place. In her lifetime she fulfilled many roles unselfishly, with a sense of propriety and pride, an unwavering sense of right and wrong and only the occasional muttering under her breath. She enjoyed music, animals, gardens, flowers, and spending time with children.

An accomplished seamstress, bookkeeper, gardener and cook, she generally shone at all upon which she set her sights. Her sense of humour and infectious laugh brought happiness to many occasions. Thoughtful and intelligent, she was never afraid to speak her mind when she felt it necessary.

Marianne fought many head-to-head battles with Mother Nature over the years and, although it was often difficult to say who actually won any given struggle, they could always both agree that autumn was a lovely time of year.

Honest, sincere, generous and caring, ever curious and a keen observer of human nature, Marianne touched the lives of many and, in turn, maintained a marvelous recollection of the many people she came to know during her lifetime in Cranbrook.

She was dearly loved and will be dearly missed.

At Marianne’s request no funeral service will be held. Donations can be made on her behalf to Foundry East Kootenay – Health and Wellness for Youth.

To send flowers to the family or plant a tree in memory of Marianne Smith, please visit Tribute Store

Share Your Memory of
Marianne
Upload Your Memory View All Memories
Be the first to upload a memory!
Share A Memory
Send Flowers