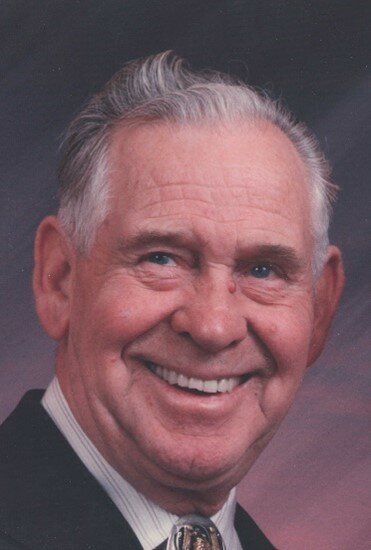 It is with deep sadness that we announce the peaceful passing of Sydney John Newhouse on September 9th, 2021, at the age of 96.

Syd was born on a farm near Prince Albert, Saskatchewan, the only son of Nelson and Violet Elizabeth (nee Riddell) and brother to seven sisters. He served in the armed forces from 1944 until his honourable discharge in 1946. He then moved to Kimberley, B.C., and worked at Cominco’s Sullivan Mine until his retirement. While in Kimberley he acquired land east of Marysville on which he kept horses. On July 3rd, 1956, he married Helen (nee Hahn). They enjoyed 54 years together and could often be seen at hockey games cheering on the Kimberley Dynamiters and Kootenay Ice with their cow bells. They also enjoyed travelling and have many beloved photo albums of their trips to Hawaii, Nashville, and visiting their relatives throughout Saskatchewan, Alberta, and British Columbia. Syd is probably best remembered for his team of Percheron-Quarterhorse horses pulling sleighs of people in Kimberley’s Platzl at Christmas time and wagons at special events and parades such as July Fest and Sam Steele Days. He was very active in his community; helping set up the rope tow at the ski hill, bowling, curling, and golfing. He was also awarded Kimberley’s Citizen of the Month one March for his tireless work volunteering to clear the snow from his neighbours’ driveways. After Helen’s passing in 2010, Syd moved to Kelowna to be closer to family.

Syd is survived by his younger sister June (Ken) Elkerton and numerous nieces and nephews.

At this time the family would like to thank Dr. Susan Medynski and the staff at The Village at Mill Creek for their compassionate care.

A Memorial Service will be held at 11:00 AM, Saturday, September 25, 2021 at The Kimberley United Church. To view via live stream please click on the tab to the left that says Live Streaming of Service.

To send flowers to the family or plant a tree in memory of Sydney Newhouse, please visit Tribute Store
Saturday
25
September

Share Your Memory of
Sydney
Upload Your Memory View All Memories
Be the first to upload a memory!
Share A Memory
Send Flowers