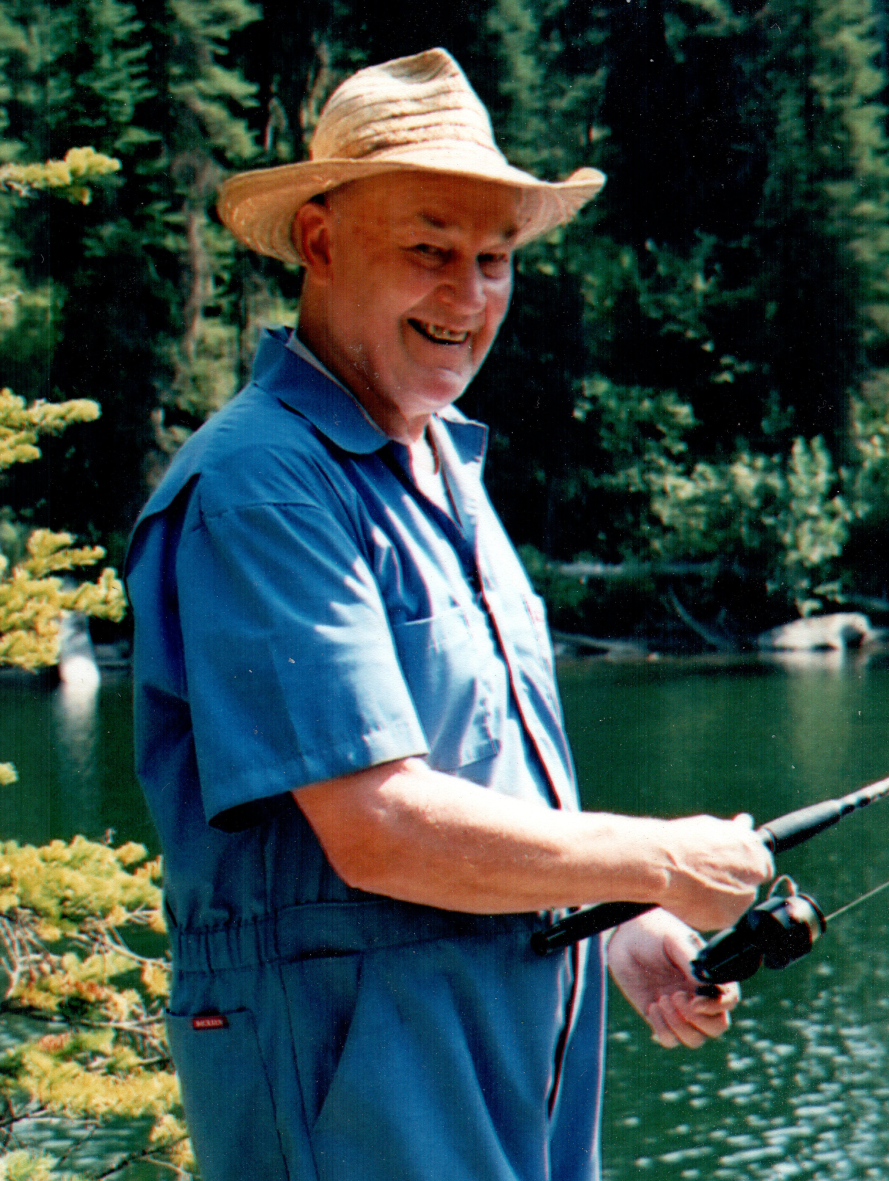 With sadness we announce the peaceful passing of Ed Swanson Sr on September 24, 2021, a day before his 92nd birthday.

John “Ed” Paul Edward Swanson was born September 25, 1929, at St. Eugene Hospital in Cranbrook, to Victor and Ella Swanson. Ed worked for his dad starting at age 12 at Swanson Shoe Repair founded in 1929. Following high school Ed attended Garbutts Business College in Calgary to earn his business management degree. After college Ed resumed working with his dad at Swansons Mens Wear in Cranbrook. Ed worked many years with his father and brother at their tree farm pruning, cutting then selling Christmas trees and cutting firewood for the heating of the store. Ed was of the last era to use crosscut saws for falling timber in the East Kootenays prior to the use of power chain saws. Ed married Margaret Ratkowski on March 9, 1955, and 3 children followed in the next 5 years. Ed and Marg enjoyed numerous trips to the cabin at the Bull River and instilled a love of fishing, hiking and the outdoors to their children. In the early 1970s Ed and Marg started running and logged thousands of miles in 13 years.

Ed has always had a passion for playing softball and developed his world class pitching skills over the years, he pitched for Swanson’s Ball Club for many years, and they won numerous championships including the Western Canadian championships in 1954. Ed also travelled to the World Softball Tournament in 1952 in California and 1953 in Texas with the Calgary ball team who recruited him to pitch.

Ed was a volunteer for the Cranbrook Fire department for 18 years as well as serving for the Ambulance Association. In 1954 he was a founding member of the East Kootenay Big Game Trophy competition which is still an active club today. He was a proud member of the Scandinavian Lodge which he served as secretary and was instrumental in the purchase of the Bluebird Inn. Ed’s love of the north country was evident with his many hunting trips to Northern, B.C.

Ed had a passion for ice fishing numerous lakes, especially Whiteswan and loved fly fishing on the many creeks in the East Kootenays. After Ed’s retirement at the age of 49, Marg and he made numerous trips with friends to Kitimat to salmon fish. They also enjoyed travelling to Thailand, Barbados, Jamaica, Alaska, and many trips to Mexico. Ed was an avid reader and loved playing cards with family and friends, family outings and barbeques and making the best of his situation. Ed and Marg were passionate about pets and enjoyed countless years of hiking and walking with them. In 2013 Ed’s life took a dramatic turn with a fall that broke his neck and confined him to a wheelchair and spent the rest of his life at Joseph Creek Care Village.

Ed was predeceased by his parents, Victor and Ella and his brother Bill.

The family would like to thank the staff at Joseph Creek Care Village for their compassion and care for Ed as well as Dr. Kevin McIver and the many friends and family who visited Ed over the years, and a very special thank you to Cathie Paton for being a wonderful chauffeur for Marg.

In lieu of flowers donations may be made to the East Kootenay SPCA. Box 2 Cranbrook, B.C. V1C 4H6

Share Your Memory of
"Ed" John
Upload Your Memory View All Memories
Be the first to upload a memory!
Share A Memory