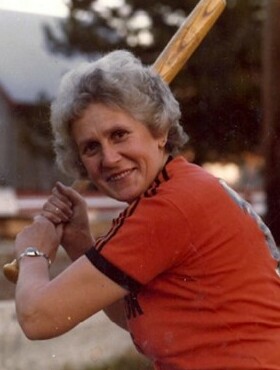 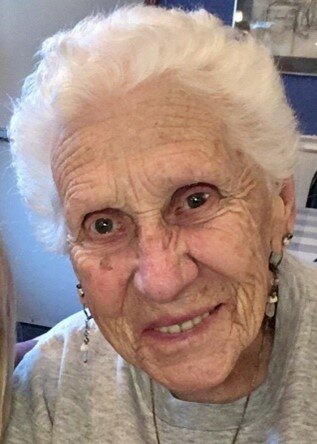 It is with great sadness that we announce the passing of Barbara June Vogelaar (nee Perdue) of Kimberley, B.C., on September 20, 2021.

Barb was born in Nelson, B.C., on December 20, 1931, the youngest of five children of Percy and Isabella Perdue. Following high school Barb joined the Canadian Air Force and was stationed in Quebec where she worked on radar tracking until 1955. She returned to Nelson following her mother’s passing. On March 31, 1956 Barb married Ted Vogelaar. The couple moved to Ocean Falls, B.C., where 2 of their children Henk and Bella were born. They returned to Kimberley in 1959 where Betty-Anne and Delayne were born.

Barb was very active in sports. She was a fixture on the Kimberley softball diamond where she pitched until age 60. Barb was also an avid bowler where she enjoyed competition well into her 80’s. She retired from Cominco’s Kimberley operations in 1995 following 19 years working in the mill and assay lab. As the first woman to work on the mill floor she showed the way for those who followed, believing a woman could do anything she set her mind to. Her voice and laughter filled every room she was in. You always knew when she had arrived. Her beloved pets were a key part of her family and never failed to brighten her day. She always carried treats in her pocket as all the neighbourhood dogs knew and waited for her to go by and give them one.

Even though Barb is no longer with us, her love for her family, friends, humour and kindness will forever live on in the hearts of those who were lucky enough to know her. Barb will be sorely missed by all but held dearly and forever in our hearts.

If desired, in lieu of flowers, donations in memory of Barb would be gratefully accepted by the BC SPCA. A celebration of life will be held at a future date. We want to thank Dr. Lunge and the nurses and staff at the Pines for their care and compassion over the past few months.

To send flowers to the family or plant a tree in memory of Barbara Vogelaar, please visit Tribute Store

Share Your Memory of
Barbara
Upload Your Memory View All Memories
Be the first to upload a memory!
Share A Memory
Send Flowers