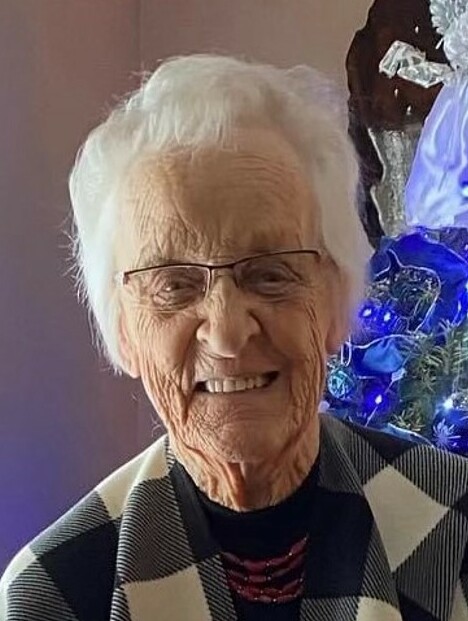 With heavy hearts we announce the passing of Marie “Del” Delores Ingram. She passed away peacefully on Thursday, October 21, St 2021 in Cranbrook, B.C., at the age of 86.

Del was born in Frontier, Sask. on November 18th, 1934. Growing up she continued to live in the Eastend area where she eventually worked as an LPN after graduation. It was there she met and married Melvin Ingram. They continued to reside in Eastend, Sask. where they had 4 children before deciding to move to Cranbrook, B.C., in 1972.

Del will always be remembered for her dance moves and became known as “Crazy Legs” to her friends and family. After the passing of her husband in 1987, Del continued to reside in Cranbrook, B.C. She loved being apart of The Seniors League Bowling Team and looked forward to going bowling every Tuesday. She enjoyed working in her garden, growing flowers, vegetables, and admiring her beautiful clematis.

Del’s most prized possession was her family, and she enjoyed weekly dinners and playing cards as well as days spent out picnicing and camping. She was always excited for any type of outdoor adventure.

She will be dearly missed and forever in our hearts. Del’s wish was to have no funeral service, a Celebration of Life will be held at a later date.

In lieu of flowers, donations in Del’s honour may be made to the Canadian Cancer Society https://donate.bccancerfoundation.com/

To send flowers to the family or plant a tree in memory of Marie "Del" Ingram, please visit Tribute Store

Share Your Memory of
Marie "Del"
Upload Your Memory View All Memories
Be the first to upload a memory!
Share A Memory
Send Flowers