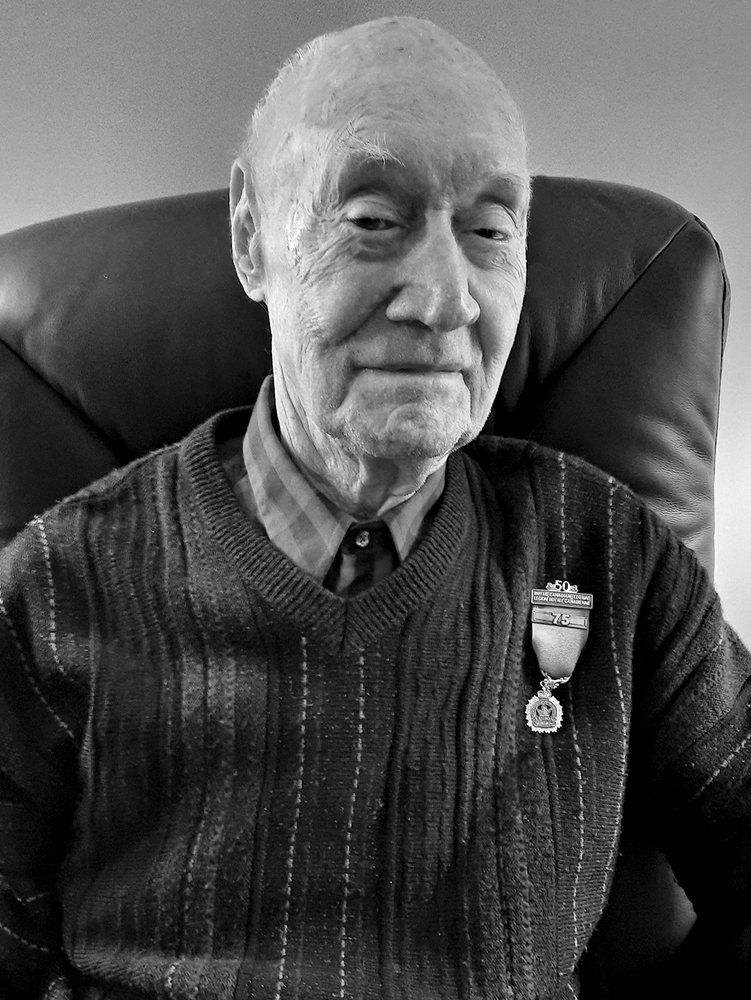 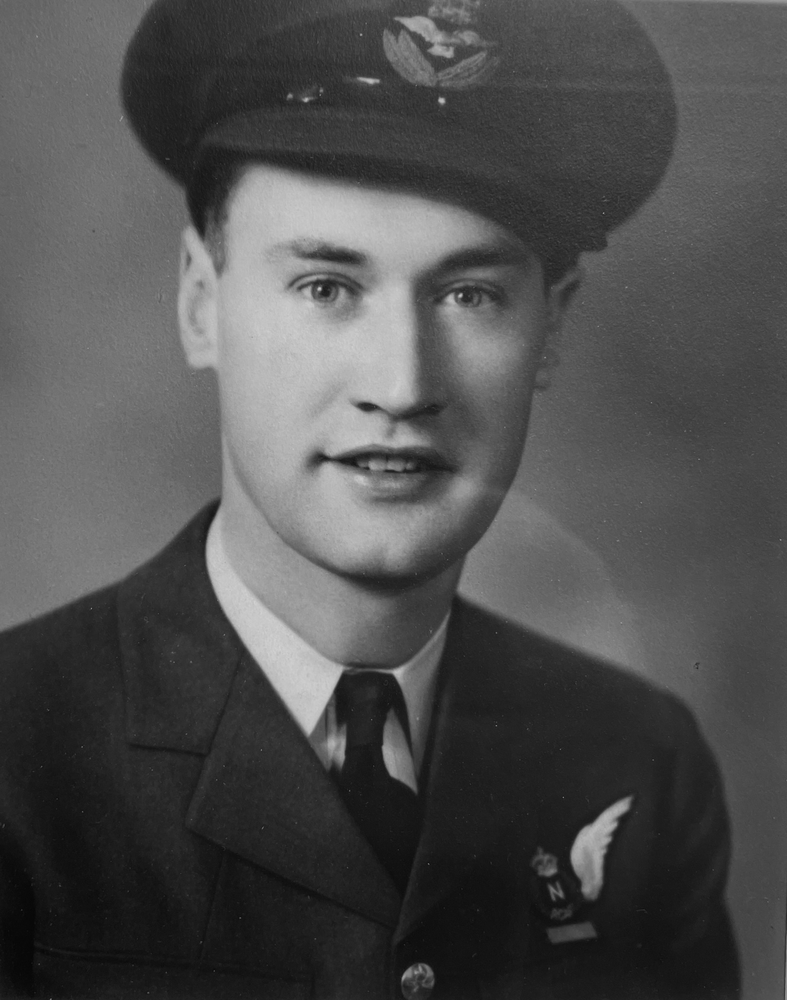 He was dignified, considerate—a gentleman through and through. He loved to travel, drive, and even fly, and he earned his pilot’s license at 75.
He was a committed swimmer, and swam in the B.C. Senior’s Games in 1990.

George adapted to what life brought him by maintaining high standar

George was born in Nelson, B.C., to Mable and Earl Morris, and grew up in Lethbridge, Alberta.

He enrolled in Dentistry at the University of Edmonton in 1939, then enlisted into the Canadian Army Dental Corps in 1941, serving to the end of the war.

After the war, George moved to Kimberley, B.C., to work for the CM&S Company (Cominco) in the downtown office.

After his retirement in 1985, George moved to Cranbrook and started a new life with Phyllis Barnes. They married in 2009 and were devoted partners until her death in 2020.

George was predeceased by his sister and brother-in-law, Sheila and John Popovich, of Kimberley.

He is survived by his niece, Lorraine Popovich, his nephew
Tom Popovich (Hedy), his great-niece and -nephews Nicole, Ryan and Christian,
his step-son and -daughter, John and Trish Barnes, and his step-granddaughter, Suzanne Coulter.

George became president of the Trail Legion in 1955, and received his 75th Year Long-Service Medal from the Royal Canadian Legion in 2021.

“Moose” was known for his consideration of others, his love of routines, and his amazing memory. He could always tell you what he was doing on a certain day of a certain year, going back to the 1930s.

He was dignified, considerate—a gentleman through and through. He loved to travel, drive, and even fly, and he earned his pilot’s license at 75.
He was a committed swimmer, and swam in the B.C. Senior’s Games in 1990.

George adapted to what life brought him by maintaining high standards for himself and demonstrating patience with others. He was Phyllis’ primary caregiver until 2019.

He was loved and respected by friends, family and associates.

The family thanks the staffs of Kootenay Street Village, East Kootenay Regional Hospital, and E.K. Home Support for their considerate care of George.

It was an honour to know you;
you are always in our hearts.

George’s memorial will be held in Cranbrook on September 15th, 2022 at 11:00 am at the McPherson Funeral Services Chapel and Recption Hall.

To send flowers to the family or plant a tree in memory of George Morris, please visit Tribute Store
Online Memory & Photo Sharing Event
Online Event
About this Event