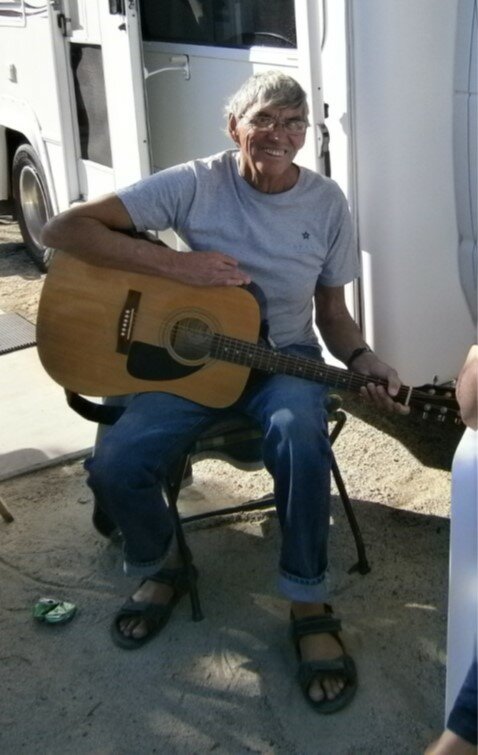 Please share a memory of Clement to include in a keepsake book for family and friends.
View Tribute Book

Phil was born in North Battleford Sask. Started school there before the family moved to Grand Prairie.There Phil graduated from St. Joseph High School in Grand Prairie, Alberta. After graduation he attended NAIT in Edmonton 1966 - 1969. Graduated with his Degree in Industrial Electronic Engineering. After his graduation he worked at Federal Pioneer in Red Deer, AB in the drafting department, where his job was design and distribution of transformers. Phil was promoted and designed transformers for Mica Dam. When he left Federal Pioneer, he moved to Boswell overlooking Kootenay Lake. A few years later, in 1977 he moved to Cranbrook and went to work for Crestbrook Sawmill until 1979.  He bought and operated Wasa Lake Campground and sold in 1981.Phil then went to work for Electrolux Canada in Cranbrook. He met Patricia and married in 1983, they later divorced and together they raised their sons Bruce and Kory. While still working, Phil went back to school at College of the Rockies where he received his Teaching Certificate in 1993 and his bachelor’s degree in 1995. While getting his bachelor degree Phil was a substitute teacher, however, didn’t pursue a career in teaching. He moved to Golden to work with his brother Clifford in construction until 2004 and invested with his brother in Big Horn Building Supplies which he managed and sold in 2006 after Clifford’s death.

Retiring, he moved to Kimberley with his Life Partner of thirty years Elisebeth Killips (December 2021) where together they fixed up houses. For the last 15 years they enjoyed travelling, camping, meeting new friends, and playing his guitar.

Phil is predeceased by his parents, sister and three bothers, a niece and three nephews.

Phil wishes to be remembered as he was, playing his guitar and telling stories with family and friends and requested no funeral service.

The obituary was dictated by Phil and the following file is a letter from Phil himself with help from Bruce. Phil also wants people to distribute this memorial to your family members via email or printed material and not on Facebook. Please honour Phillip’s last request.

Well, if I thought anybody cared I'd send back word

Strapped to the leg of a trans celestial bird

I wonder if I really ever did leave, how many would there be to grieve

How would they react to the word

Well, I wouldn't ever want to hurt a solitary soul

I have still got all 6 foot 1 in control

But when my obligation's low is a greasy uphill road

And pleasing everybody but me is my first goal

And just hope you're hanging loose where ever you are

Dear friends and family, my family of friends

If you are wondering where I am I'll be sitting on the porch (over looking a valley, a lake or the ocean)

playing my guitar and thinking of you. I'll be sending down messages on the wings of that celestial

bird. If I could I would come back just so I could be right close to where you are.

sending down my message of love.

So hang loose wherever you are for you never know when I may send down the word.

All my love and thanks for all the beautiful memories.

To send flowers to the family or plant a tree in memory of Clement Nolin, please visit Tribute Store
Online Memory & Photo Sharing Event
Online Event
About this Event

Share Your Memory of
Clement
Upload Your Memory View All Memories
Be the first to upload a memory!
Share A Memory
Send Flowers