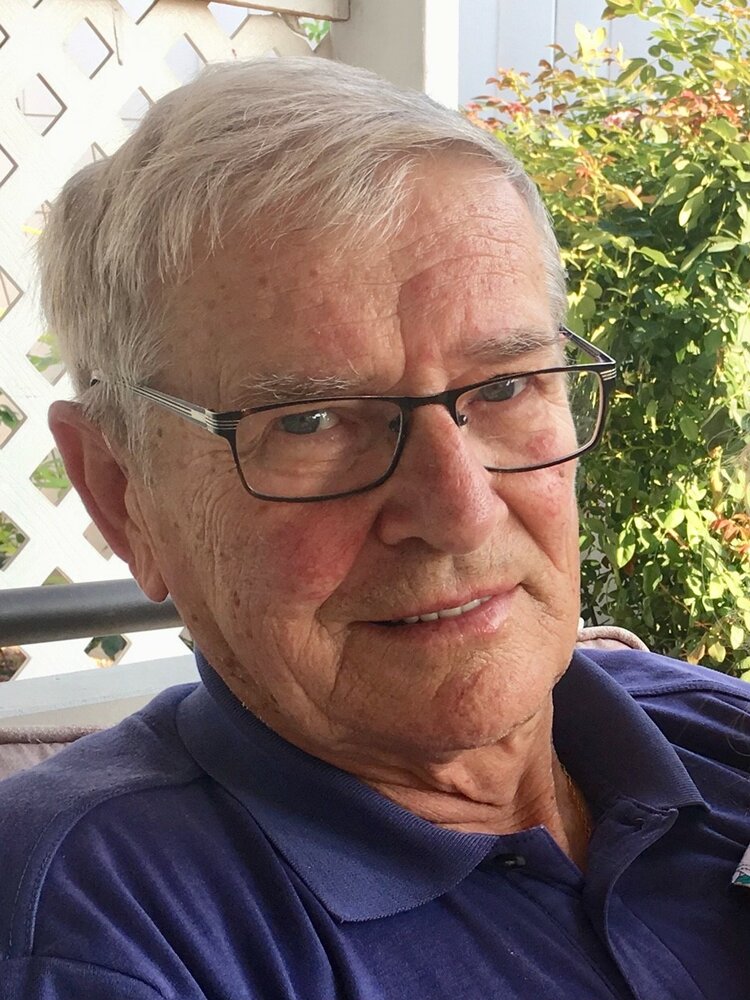 Gerry Froese has left this earth and moved to greener pastures on December 10, 2021. No doubt to a place where tomatoes and roses need tending, and coffee is enjoyed while visiting, preferably after a long walk at a brisk pace.

Gerry was born in the White Fox hospital in 1939 to Jack and Sarah Froese, the third of seven children, and lived his early years on the family farm in the Torch River district of north-central Saskatchewan. He left school early to work on the farm and moved west to B.C. at 17 to work in sawmills and logging camps in the Okanagan and eventually north of Prince George in 1958.

In 1966, he returned to White Fox and married Marie (Hayes). The two moved to Prince George, built a life, and two kids quickly followed. He continued working in logging and construction, eventually having his own company focused on logging in winter and road construction in the summer. He was proud of the work they did at Tumbler Ridge, the Hart Highway, and the Revelstoke Dam. He and Marie were a team-- she would cover the bookkeeping, running for parts and the home front when he needed to be away in camps. But over the summers, the family would join him on jobs camped out at a nearby lake.

In 1984 the family moved to Cranbrook, and Marie and Gerry operated the Donut Factory for the next 19 years. He moved back into construction in later years and stayed active with part-time jobs and volunteering that kept him in the community through his later years. His memories were always of the good people he worked with and his many lifelong friendships. He was a strong supporter of amateur hockey in Cranbrook, a season ticket holder through the Cranbrook Colts, Kootenay Ice and, most recently, the Cranbrook Bucks. For the decade at least, he could be seen walking for coffee with his morning club at the Dairy Queen to discuss whatever news they could think of. As he described it in the last few weeks, he had 82 great healthy active years, surrounded by family and friends, and three not-so-great months of being sick. He chose actively to end treatment in his final week and return home to Cranbrook to pass away on his own terms as in life.

He is survived by his wife of 55 years, Marie. Along with their daughter Loreen (Ron) Visser and their children Ross (Katie), Colin and Sarah Visser of Calgary; and their son Duane (Heather Thompson) and their children Jasper, Dawson, and Annika of Edmonton. As well, he leaves his brother Ray (Violet) Froese, sisters Carol (Maurice) Carpenter and Janice Colquhoun (Tim), all of Prince George; Margaret (Fred) Happy of Kingston; and Laurie (Chris) Nielson of Lloydminster. And his sister-in-law Maureen (Les) McGirr of Nipawin, and brother-in-law Jim (Sandra) Hayes of Garrick, along with many nieces, nephews, and their children.

The family wishes to thank the excellent support provided by the Green Clinic, and the exceptional staff at the Kelowna and Cranbrook Hospitals that provide dignified and compassionate care till the end. A family service will be planned for the spring in Saskatchewan.

To send flowers to the family or plant a tree in memory of Gerry Froese, please visit Tribute Store

Share Your Memory of
Gerry
Upload Your Memory View All Memories
Be the first to upload a memory!
Share A Memory
Send Flowers