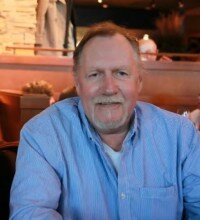 Please share a memory of Dennis to include in a keepsake book for family and friends.
View Tribute Book

Dennis Girling of Nelson, B.C., passed away suddenly at his home on January 1, 2022.

Dennis earned his qualification as a Journeyman Electrician working on CP locomotives in Calgary.  He then split his career between working in the mining industry throughout BC and working in the oil patch overseas.  Upon retirement, he occupied himself with painting, fishing and spending time with his family.

He is proceeded in death by his parents Albert and Julia Girling and his grand daughter Lilly.

To send flowers to the family or plant a tree in memory of Dennis Girling, please visit Tribute Store
Online Memory & Photo Sharing Event
Online Event
About this Event

Share Your Memory of
Dennis
Upload Your Memory View All Memories
Be the first to upload a memory!
Share A Memory
Send Flowers