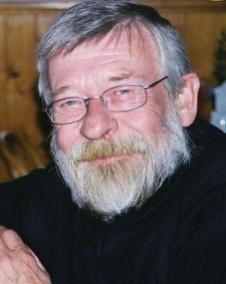 Please share a memory of Tony to include in a keepsake book for family and friends.
View Tribute Book

We are saddened to share that Tony died on January 4th at the Invermere Hospital. His quick wit, charming personality and kind heart will be missed by all who knew him. Tony was a well-known figure at the Windermere Valley Golf Club, both as a player and marshal. He was an avid sports fan who enjoyed spinning tales about how he played every sport imaginable for Brid. Tony enjoyed gardening, catching up with friends over a beer and playing cards and games with family and friends. He was also a talented artist and craftsman who could build anything with exacting precision. Tony and Christine enjoyed travelling, spending extended periods in England and New Zealand.

Tony grew up in the seaside town of Bridlington, Yorkshire. A trained architect, he, Christine and their three young girls immigrated to Regina in 1975.  After surviving a tornado, they headed west to Calgary. While living there, they began their relationship with Invermere.  In 1990, he designed and began to construct the family ‘cabin’ which became the gathering place.  In 2011, Windermere Valley became their permanent home.

Tony’s greatest love was his family. He was so proud of the family he and Christine had built and was often heard telling stories of their accomplishments. Tony will be lovingly remembered by the light of his life, Christine, their daughters – Sally (Alex), Kate (Jeff) and Marianne, their grandchildren – Jessica, Sarah (Brandon), Hannah (Darian), Jake (Robyn), Adam (Meghan), Annie (Beck), Piper and Hunter, as well as their great grandchildren – Paisley, Finn, Rhea and River. He also leaves his sister Judy, brother Donovan, their families, Christine’s family and his many cherished friends. Sadly, Tony was predeceased by his great grandson, Remy in 2019.

We are so appreciative of the wonderful support that Tony received. He would often mention how lucky he was to have such excellent care. We would like to thank the doctors, nurses, and staff at the Invermere Hospital who treated him, and us, so well.  A very special thank you to Dr. Brown, who went above and beyond. This difficult time has made us all realize how special this community is.

If friends so desire, a donation may be made to the Invermere Health Care Auxiliary or the Canadian Red Cross, in Tony’s name.

To send flowers to the family or plant a tree in memory of Tony Symonds, please visit Tribute Store
Online Memory & Photo Sharing Event
Online Event
About this Event

Share Your Memory of
Tony
Upload Your Memory View All Memories
Be the first to upload a memory!
Share A Memory
Send Flowers