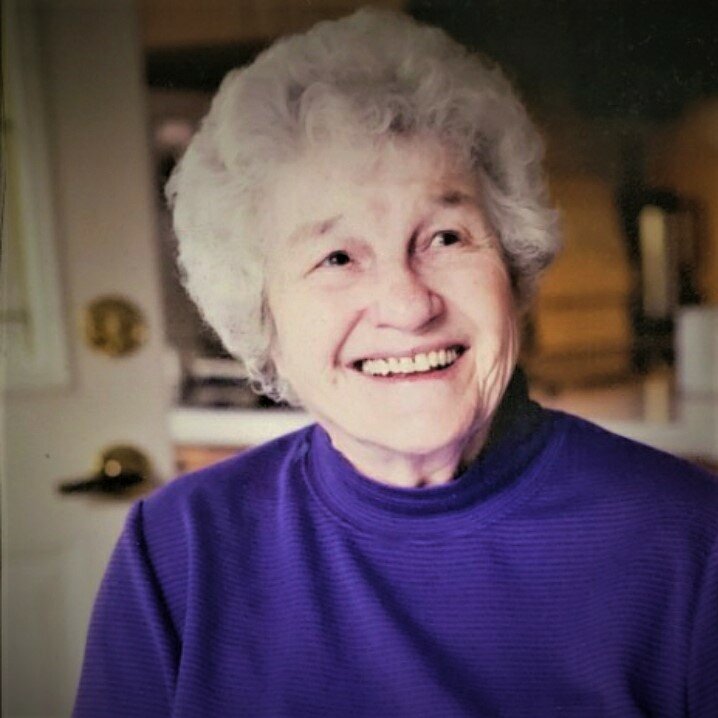 Please share a memory of Agnes to include in a keepsake book for family and friends.
View Tribute Book

Agnes passed away in her own bed at home among family members. She would have had it no other way, as was the compass that guided her through her days. Her painful battle with cancer was marked by her stoicism and courage.

She was married for 70 years to Heinz Ross. They had known each other for 73 years and met at a dance in Germany. Agnes was the love of Heinz’s life.

They immigrated to Canada in 1954, where she took her toddler son across the Atlantic Ocean to meet with Heinz who had already been in Canada, trying to set up a new life in Calgary. She raised a family with hard work and boldness. Athletic in her youth, she was a quick paced runner and laid claim to handing her athleticism to her children. The last 38 of her years were spent in the Columbia Valley cultivating a peaceful life living in the mountains and the trees.

As a talented and creative seamstress, she constructed identical dresses and outfits for her daughters by repurposing the material of the big flouncy fifties dresses she no longer wore. Cooking, baking, and knitting among her crafty passions that were happily shared with family and friends. She enjoyed family gatherings and drew much joy cooking wonderful family dinners with her own special recipes.

Agnes loved birds and was particularly fond of the Townshend’s Solitaire, which she often claimed was her and Heinz’s little bird when it occasionally showed up in the trees near their home. Carnations and flowers, dogs, and ice cream (which she was ready to share with her grandchildren) all had a place in heart.

Words to describe her are simply - a feisty soul, beautiful smile, private personality, and an independent spirit. She held her few friends very closely, some are still with us, and some are not.

The Ross family would like to thank Dr. Madeline Oosthuizen, all the nurses and staff at BC Interior Health, Home Palliative Care for their care and support during this difficult time. We would also like to thank our neighbours and friends that came with their help. We will always remember your kindness.

A celebration of her life will be planned in the coming summer for her birthday.

To send flowers to the family or plant a tree in memory of Agnes Ross, please visit Tribute Store

Share Your Memory of
Agnes
Upload Your Memory View All Memories
Be the first to upload a memory!
Share A Memory
Send Flowers