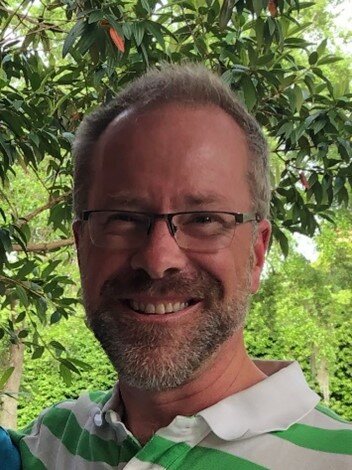 It is with profound sadness to announce the peaceful passing of Adrian Weldon Pembroke on February 3, 2022 with his family and friends by his side.

Adrian was born February 14, 1968 in River Ryan Cape Breton, Nova Scotia to the late William and Donna (MacNeil) Pembroke. His education led him to a lifetime career in the construction industry, starting at a young age working for his oldest brother Kevin. He was employed with others before moving on to work in Ontario and Alberta, then settling in Kimberley, BC where he met the love of his life, Melanie. His final employment was with MacKay Contracting where he worked as project manager for 10 years.

Adrian loved life. He was an amazing cook, funny story teller and could make a bed like no other. He enjoyed anything to do with the outdoors including hunting, fishing, hiking, skiing, biking and more. His special spot was at St. Mary’s Lake where many bonfires amd gatherings were held. It was always a place that he felt inner peace. Adrian will be fondly remembered for his quick wit and his beautiful smile.

Family was his priority. The greatest accomplishment of his life was becoming a dad to his son Asher. The love he had for Asher, Melanie and his Nova Scotian family encouraged him to not ever wanting to give into his 2 ½ year battle with ALS, but unfortunately, this disease became a bigger beast that he could no longer fight.

Adrian was always a kind and gentle soul, who would be the first to step forward to help anyone in need. That continued at the time of his death, when beforehand, he did everything needed to become an organ donor that benefited four different families due to this selfless act.

Adrian is survived by his spouse Melanie Gould, their son Asher of Kimberley BC, brothers Kevin (Mary), Billy, Wayne; sisters Elaine (Kenny) Rose and Diane (Mike) Gillis and their families all of Cape Breton, Nova Scotia. Adrian is also survived by his brother-in-law Lloyd (Christy) Gould of Florida. Besides his parents he was predeceased by his sister Marie Pembroke and his mother-in-law Carol Anne Gould and his father-in-law Lawrence Howard Gould.

Adrian was an amazing husband, father, brother, uncle, cousin and loyal friend to many. He will be missed dearly. Abiding by Adrian’s wishes, a private service will occur at a later date both in Kimberley and Cape Breton. Donations in Adrian’s memory can be made to:

Many thanks for the compassion and professionalism shown by the staff of the East Kootenay Regional Hospital, Kimberley Home Support, Kimberley Medical Clinic, Commitment to Care, Got Care, Dr. Kate Buddo and Dr. Van Zyl. Thank you to all who helped privately, you know who you are and without you, Adrian would not have remained at home for the duration of his ALS journey.

Thank you to Bridge Interiors. Rite-Way RV Services, Kootenay Mountain Mechanical Ltd for making Adrian’s Camping trip a reality; it was the highlight for his family.

Thank you MacKay Contracting for the GoFundMe; it took an enormous amount stress off Adrian’s family.

In Adrian’s words “I love you all. Keep Smiling.”

To send flowers to the family or plant a tree in memory of Adrian Pembroke, please visit Tribute Store

Share Your Memory of
Adrian
Upload Your Memory View All Memories
Be the first to upload a memory!
Share A Memory
Send Flowers