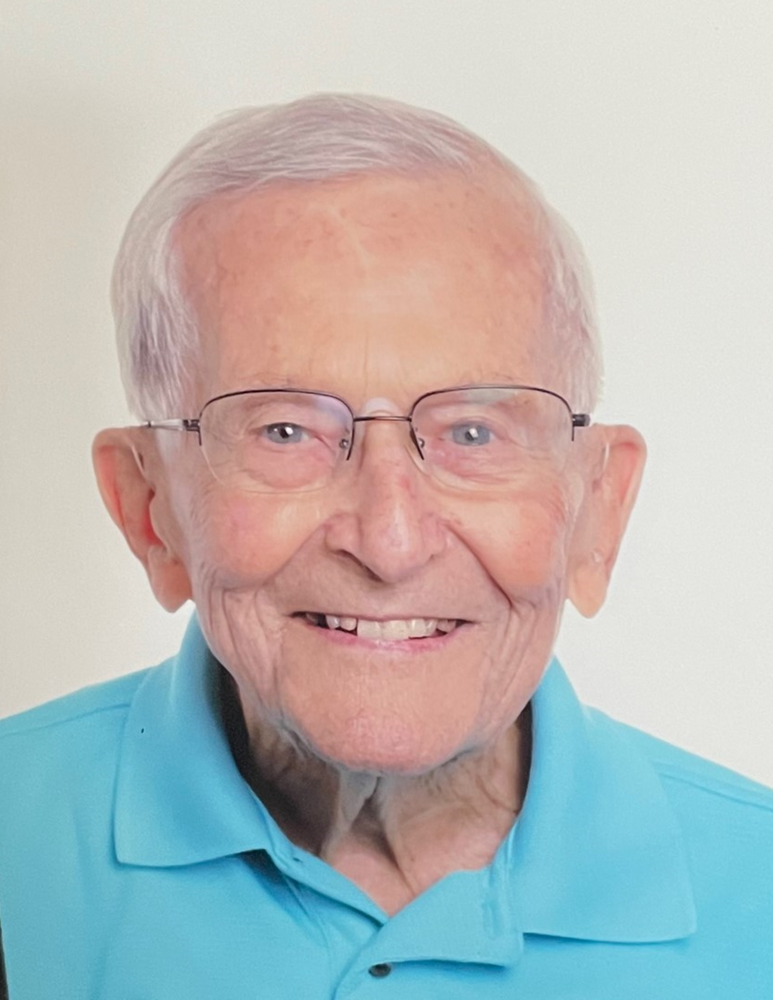 John was born in Hamburg, Germany August 19, 1922, and moved to Canada to Valleyfield, Quebec at the age of 2. He was fluent in both German and French.

During WWII, John enlisted in the Canadian Armed forces on August 18th, 1942, just shy of his 20th birthday. He had excellent mathematic skills, especially in trigonometry, and because of this he was selected to serve in a newly created special regiment (only 2 in the Canadian armed forces) called “the Second Royal Canadian Artillery Survey Division.”

Once the War was over, John attended McGill University obtaining a Bachelor of Commerce degree.  After university he worked for IBM Canada in Toronto retiring in 1983. He then moved to Niagara on the Lake with his wife Norma. John quickly became involved in the community, and he was named citizen of the year in 1988, for his tireless devotion to active volunteering. His best-known volunteer work was with the “Lifeline” program. This device allowed the elderly to safely remain in their homes in spite of medical conditions, by providing a computerized “help” emergency line they could easily access at all times.

After the passing of his wife Norma in May of 1999, John moved west to join his son Jay in Bragg Creek, Alberta. In 2010, John moved with Jay and Denise to Invermere, and later moved into the residence of Columbia Garden Village in November 2012. He resided there until his passing on February 14th 2022.

John was a sports enthusiast and a die-hard Habs (Montreal Canadiens) and Aloutte’s fan. Some of his favourite things were enjoying rouladen at the Black Forest Restaurant, barbequed hot dogs, and all televised sporting events.

At 99 years of age John lived a long and happy life. He felt fortunate to share his life and memories with his family, and to be a part of his great grandchildren’s lives, delighting in their joie de vivre.

John was a kind and gentle person, he had an infectious smile, positive attitude, loving heart and nurturing soul.  He had appreciation for the simple things in life and he will be sadly missed by all that knew him.

The family would like to thank the staff at Columbia Garden Village, Invermere Homecare, Nursing staff at Invermere Hospital and the doctors at The Invermere Medical Clinic for their care over the last 6 months.

There will be a Memorial Service held in July.

In lieu of flowers, donations can be made in John’s honour to the Salvation Army.

To send flowers to the family or plant a tree in memory of John Stieger, please visit Tribute Store