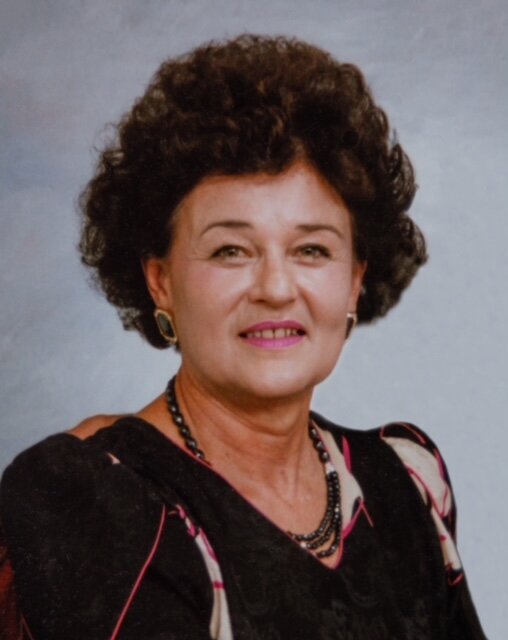 Please share a memory of Mona to include in a keepsake book for family and friends.
View Tribute Book

It is with great sadness that we announce the passing of Mona Margaret Euler (nee Burns) on February 23, 2022.

Mona was born in Weyburn, Saskatchewan and moved to Wabigoon, Ontario when she was a child. She attended Dryden High School and spent the rest of her life in the Dryden area until that nasty dementia disease forced her to move to BC to be closer to her family.

For a number of years, Mona worked in the office at Euler Motors before becoming a greeter at Wal-Mart, a position she enjoyed for more than 20 years. She especially enjoyed working with all the young folks there who nicknamed her ‘mad dog’.

Mona was a social animal who enjoyed an active life including the sports of curling, golfing, and skiing. She loved to travel and visited many countries in Europe, South America, the Caribbean as well as Mexico and the United States. She is remembered fondly for producing gut busting spreads for large family gatherings at holiday times. And who can forget the time she put gravy on the Christmas pudding thinking it was rum sauce? Too funny.

Mona was an avid gardener who took great pride in her flowers. She especially admired the hummingbirds when they came to visit.

She also treasured her friends immensely with whom she played Bridge for many years and had weekly coffee mornings in town. In addition, she took part in a progressive dinner club where she cooked many delicious recipes.

Mona is survived by her three children Rosalyn Rudd of Barrhead, Alberta, Gary Euler of Invermere, B.C., and Cynthia Euler-Charlton of Hertford, Herts, UK, six grandchildren and four greatgrandchildren as well as many nieces and nephews.

Mona was predeceased by her husband Martin, parents Jack and Margaret Burns, brothers Bob and Conrad and her sisters Patricia Ripley and Viola Wolanin.

Sadly, dementia robbed the last few years of her life, but she remained jovial and happy.  Mona’s children will be forever grateful to the outstanding Ivy House staff, and Dr Schaffer, for their excellent care.

A Celebration of Life will be held for Mona in Dryden, Ont. in the summer, date to be announced.

To send flowers to the family or plant a tree in memory of Mona Euler, please visit Tribute Store

Share Your Memory of
Mona
Upload Your Memory View All Memories
Be the first to upload a memory!
Share A Memory
Send Flowers