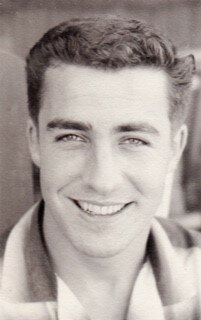 William “Bill” W. Armstrong, our beloved husband, father, father-in-law, grandfather and friend, passed away of natural causes on February 26, 2022 after 87 fully lived years. Bill was a physical man with a presence, an athlete, a risk taker, a good husband and an even better father.

Bill was born in Medicine Hat, Alberta,  to Eliza Jane and Wallace Armstrong, with three siblings preceding him in birth, May, Mary and Gladys. The youngest child and only boy, Bill was much loved, and probably indulged. Bill started his adventure early, leaving home at 16, working on the CPR until he joined the Canadian Navy at 18. From the stories told, it appears his navy experience focused on drinking, carousing and playing football with buddies Bill Cook and Paul Crow. Apparently, he was on a ship at one point as well.

Bill settled down once he met his love Shirley (Linstead), married for over 60 years, and recently living together at Ivy House in Invermere where Bill passed (Many thanks to the staff of Columbia Gardens and Ivy House). Marriage was followed by children Cory Jane (married to Neal Andersen) and Tylor (married to Kimberly Kates), and grandchildren Rachel (married to Riley Simister), Kailey and Sage.

Bill was a classic man’s man; he worked hard and played hard with much energy. He was a successful entrepreneur, a private pilot, a scuba diver, water skier and a wind surfer. He fell often, with at times more courage than skill, but always got back up with fierce determination. Bill was very involved with his children, coaching their teams and encouraging them to try many sports and activities.

A big part of Bill’s energy was directed towards his family, and that centered around Shirley. A priority was time spent together, socializing, traveling and most cherished of all was their time spent at Windermere (Invermere), B.C., and Palm Desert, California. Bill and Shirley loved the lake, boating, water skiing, swimming, golfing, sun tanning and happy hours. It’s no coincidence that Bill and Shirley moved to Invermere in order to spend their final days.

To send flowers to the family or plant a tree in memory of William Armstrong, please visit Tribute Store