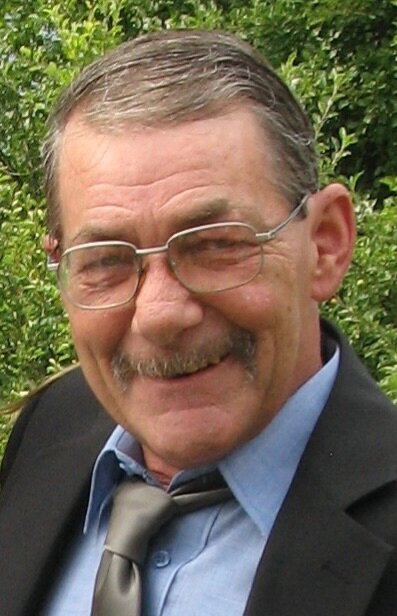 Please share a memory of William to include in a keepsake book for family and friends.
View Tribute Book

It is with heavy hearts that we mourn the passing of William Robert Spence (Spency) on Wednesday, February 23, 2022 at the Cranbrook Regional Hospital at the age of 73.

Robert was born in Kimberley, BC to Raymond and Flora Spence. He graduated from Selkirk Secondary High School in 1966, and began his working career at the Sullivan Mine.

In 1978, Robert completed his Journeyman Millwright ticket and years later proceeded to work as a Heavy Duty Mechanic. When the Sullivan Mine closed, Robert took his skills and knowledge to Tumbler Ridge, BC and worked at Quintette Mine, and then returning to the Kootenays and finishing his working career at the Sparwood Coal Mines. Robert was very well known as a hydraulic and mechanical genius. Many mechanized miners would attest to this and would not hesitate to provide him gratuities “cool ones” after shift.

A few of Robert’s passions included working on vehicles, hunting, fishing and most of all spending time with family and friends.

Robert will be dearly missed by his daughter Darlene (Rod, Ryder and Knox), his son Lee (Sherri, Kaelan and Kienna), his son Correy (Cole and Dexter), his brother Ardell (Diana), as well as nieces, nephews, cousins and countless friends. He was predeceased by his parents, Raymond and Flora Spence, and his nephews Michael and Dallas Spence.

Robert will always be remembered as a sentimental man and would help anyone at anytime. He had an infectious smile, and was one of kind.  He loved his family and friends, and cherished them all.

Everyone who remembers Robert is asked to celebrate his life in their own way, and raise a glass to the memory of a great man. A celebration of life will be held at a later date, as Robert would have wanted his family and friends to have a beer on him.

We will forever miss his classic phone greeting “Yaa what ya want ? ”, even when he called us.

To send flowers to the family or plant a tree in memory of William Spence, please visit Tribute Store