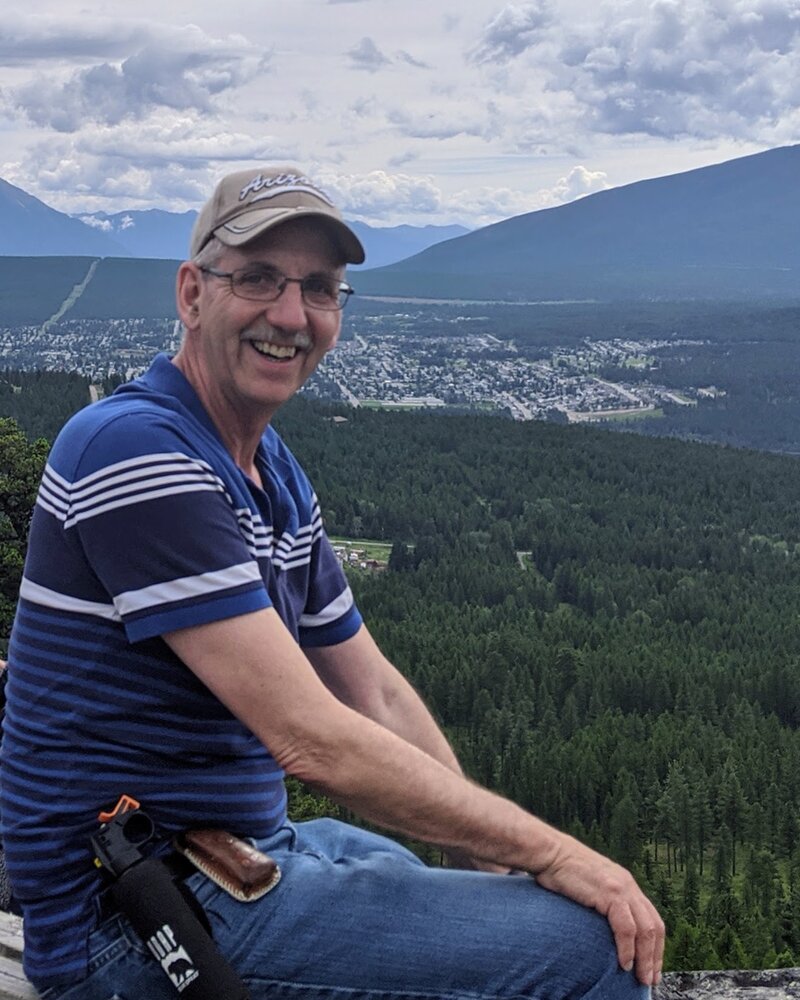 Darrell, age 64, passed away peacefully on Friday, March 4, 2022, at his home in Cranbrook surrounded by his loving family. He was born on April 9, 1957, in Mercoal, Alberta, the 11th of 14 children in Thomas and Vera Huffman's family.

Darrell attended school in Edson and during his high school years he lived with the family of his best friend Garry Marr. They quickly became a second family to him, and he maintained that closeness throughout his life.

After he graduated in 1976, he worked around Edson for several years and then moved to Glendon in 1981. It was there that he met Ruth and started a new life with her and her two children, Brad, and Jocelyn.

Together they moved to Fernie in 1981 where Darrell worked at the Line Creek Mine for 16 years, before going back to school to become a woodworker and finishing carpenter. His natural talent and hard work made him much in demand with local contractors and homeowners.

In 2014, he and Ruth moved to Cranbrook to semi-retire and spend more time with their expanding family. Throughout their life together, they enjoyed outdoor activities including camping, fishing, hiking, mountain biking, canoeing, and exploring back roads. Travel included trips to Italy, Mexico, and Arizona.

Family always came first with Darrell. He enjoyed getting together with his siblings and their extended families and kept in touch regularly. Once his own grandchildren arrived, they became one of his greatest joys and he developed a special relationship with each of them.

Darrell had a gift for connecting with people and making them feel that they were special to him. He was warm, caring, thoughtful and had a great sense of humour. He was always willing to help a relative, friend, neighbour, or co-worker.

He was predeceased by his parents Thomas and Vera; brothers Bud, Jim, Garry, and Kevin; and sisters Grace, Peggy, Carol, and Irene.

A private service will be held for family and close friends. To take part via Live Stream, go onto Darrell's obituary on McPherson's website and click on LIVE STREAMING OF SERVICE, March 9, 2022, at 11:00 am. In lieu of flowers, donations may be made in Darrell’s memory to the Canadian Cancer Society or to the charity of one’s choice.

To send flowers to the family or plant a tree in memory of Darrell Huffman, please visit Tribute Store
Wednesday
9
March

Share Your Memory of
Darrell
Upload Your Memory View All Memories
Be the first to upload a memory!
Share A Memory
Send Flowers