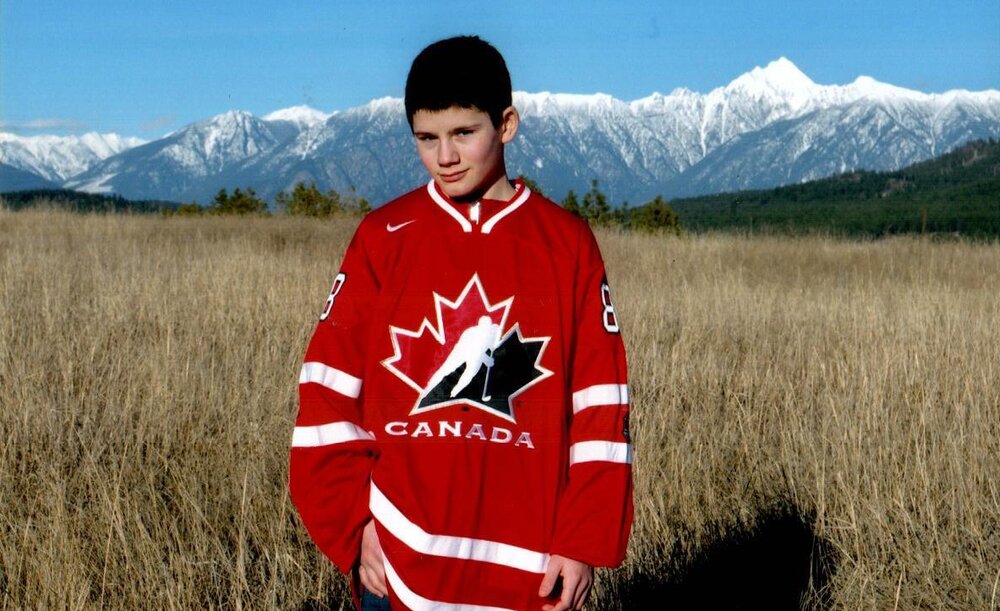 After 21 months of continued hope the family of Tyson John Pighin sadly announces his passing on March 23rd 2022.

A recovery was not to be. As Dylan Thomas wrote “Do not go gently into the night” Tyson fought as hard and as long as he could.

We have lost a son, brother, grandson, nephew, cousin and friend.

Tyson was born in Cranbrook BC on May 14th 1999. He attended Kootenay Orchard Elementary, Parkland Middle School, Mount Baker Secondary and The College of the Rockies. He was employed by Shaws Enterprises from the age of 14 and was a certified journeyman welder at the age of 19. He had plans to continue to upgrade his skill in the trade and always wanted to continue living here.

The name “Tyson” means “fiery” or “high spirited” and that was our Tyson. He enjoyed the Kootenay lifestyle to the fullest. Tyson was a natural athlete who was very competitive. He loved fishing, hunting, biking, skateboarding and cliff jumping in the local waters. In the winter it was snowboarding and hockey especially outdoors. Tyson lived his life in a “go hard” fearless mode in everything he did. He loved following all professional sports especially The Raptors and The Chicago Black Hawks.

He had a quick wit and could always beat you with a one-liner. We will miss his sense of humour.

A life too short.

Tyson had an abundance of friends who he was always ready to help in many ways. He was accepting and non-judgemental of everyone.

Tyson has a huge extended family spanning four generations in the Cranbrook area.

There will be no funeral.  Instead take a moment in our great outdoors and remember Tyson and all he loved to do.  A gathering of friends and family will take place later this year.

In keeping with Tyson’s local heritage donations as a tribute would be appreciated to local charities— Cranbrook Flight Angels or EK Foundation for Health. With thanks.

Our hearts are filled with tears.

To send flowers to the family or plant a tree in memory of Tyson Pighin, please visit Tribute Store

Share Your Memory of
Tyson
Upload Your Memory View All Memories
Be the first to upload a memory!
Share A Memory
Send Flowers