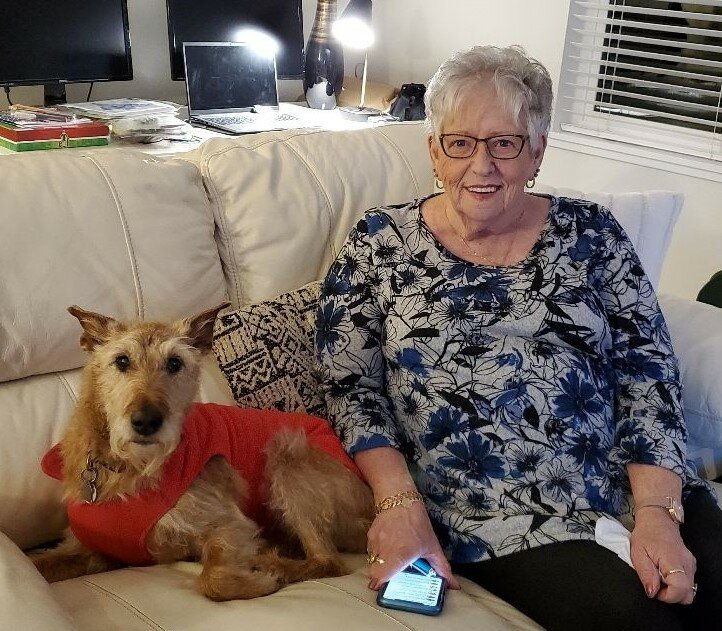 Please share a memory of Joanne to include in a keepsake book for family and friends.
View Tribute Book

Joanne enjoyed waitressing at the Husky during high school. Excelled at office management at many companies across Alberta and BC. Joanne volunteered in palliative care in Trail. She excelled in her last career of electrolysis in Trail and Cranbrook. Joanne was passionate about all her hobbies, first pottery then scrapbooking and card making.

In her romantic life, John Huisman was a youthful adventure, Ron Owen was the love of her life and James Large is a lifelong friend and a later-in-life companion.

She spent many happy summers camping with Ron in Alberta, then with Jim at Christina Lake then Moyie Lake.

She treated her canine friends like her children. Her friends became closer than family, sharing bonds through good times and bad times.

She was also a fighter surviving many health obstacles. Many thanks to all the wonderful doctors and nurses at EKRH involved in her care.

“Remember the good times, there were so many.”

At Joanne’s request, there will be no service. Celebrate her life as you see fit.

To send flowers to the family or plant a tree in memory of Joanne Large, please visit Tribute Store

Share Your Memory of
Joanne
Upload Your Memory View All Memories
Be the first to upload a memory!
Share A Memory
Send Flowers