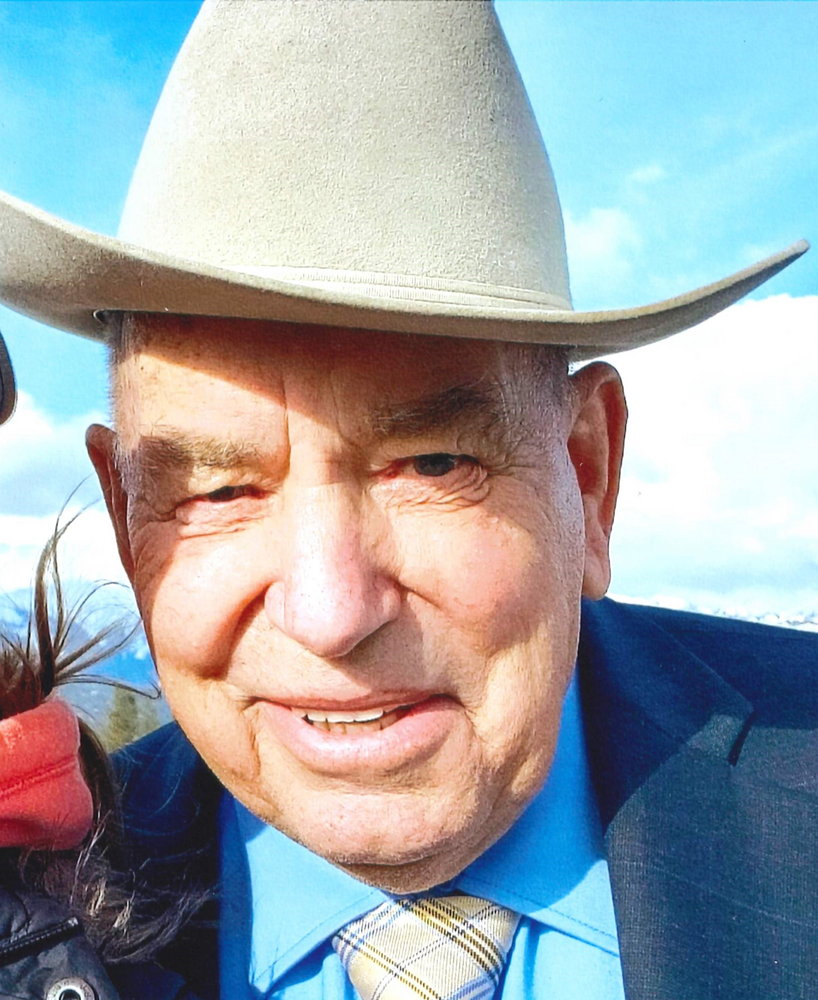 Andrew Stuart Laurie (Stu) was born in Cranbrook, and delivered by Dr.Greene, on April 7, 1927. He passed away in Cranbrook nearly 95 years later at the Green Home, on January 16, 2022

The following is edited from the Trivillage Buzz, April 2018 (www.wasalake.com):

Stu’s father, Walter John Laurie worked for the CPR for 51 years and came from South Dakota in 1901. His ancestors on his father’s side came from Edinburgh, Scotland. His mother, Jessie (Cant) Laurie came from Cape Town, South Africa. They were the parents of three boys. Stu, the eldest, and his brothers Donald and Gordon. Don died at 21 years from an accident. His father, being American, entitled Stu to have dual citizenship. Stu's schooling years were spent in Cranbrook. He chummed with Bev Rauch, playing, hiking, exploring the area ,and climbing Fisher Peak together when they were 11 years old. Bev and Stu's friendship lasted over 85 years.

Stu left school after grade 9 and worked for a short period for the CPR in the Express Department unloading baggage, then in the bush, cleaning up and learning the forestry and mill business. When Stu was 16 years old, he joined the Canadian Army where he went into basic training. When they found out he was only 16, he was given an Honourary Discharge. Having dual citizenship, Stu then joined the U.S. Army in the Engineering Core. He spent about 6 months in the States and then went overseas to Burma to help build roads during WW II. When he returned to the States, he went to Fort Worth where he received an Honorary Discharge from the Army. Stu came back to Canada and worked in the bush. He also worked selling and repairing holiday trailers for a few years.

In 1965, while working in Trail, Stu bought a ranch in Fort Steele from Alfred Joliffe. He made an arrangement for Cliff Granger from a neighbouring ranch to look after it and the cattle. His lifelong interest in animals decided his next endeavour. While working at the Trail store, Stu took time off every few months to fly from Spokane to the University of Wisconsin in Madison. He upgraded his schooling, then took correspondence courses in genetics. Stu received a Genetics Degree in 2½ years. Stu became an expert Insemination Technician where he matched bulls to cattle for the improvement of the genetics of the cattle he was working on. Stu also performed embryo transplants in Carsten, AB. An interesting facet of this career was taking cows in heat, injecting them with semen and in four or five days expelling the embryo and transferring the embryo to other cows. Stu and Dr. Konkin of the University of Saskatoon performed the first Holstein split of an embryo where they put each half in different cows. This was strictly a scientific experiment (playing with nature) and they never proceeded with the experiment again. Stu sold his ranch in Fort Steele in 1968 and proceeded to buy a ranch from Mrs. Debay in Skookumchuck. There was a twenty-four-by-twenty-four-foot home on it and Stu added on to the house over the years and fixed it up. He called it the Point V Bar Ranch. After bringing his herd of cattle from Fort Steele to his new place, he continued to improve the genetics of the cattle, artificially and naturally. When young bulls are 14 to 15 months old, semen is drawn, tested and later used to breed cows and often one bull bred many cows. Stu also raised performance and ranch horses.

Stu also worked on and off for about 21 years at the Pulp Mill in Skookumchuck and was a founding owner of Pets Go Raw. Stu kept his hand in various interests over the years. He bred and raised Shiba Inu dogs for about 20 years and raised may prize winning dogs. Stu also served on the radio for the Church of Jesus Christ of Latter-Day Saints.

If desired, donations in Stu’s memory can be made to the LDS Children’s Fund Ward 2.

To send flowers to the family or plant a tree in memory of Andrew Laurie, please visit Tribute Store

Share Your Memory of
Andrew
Upload Your Memory View All Memories
Be the first to upload a memory!
Share A Memory
Send Flowers