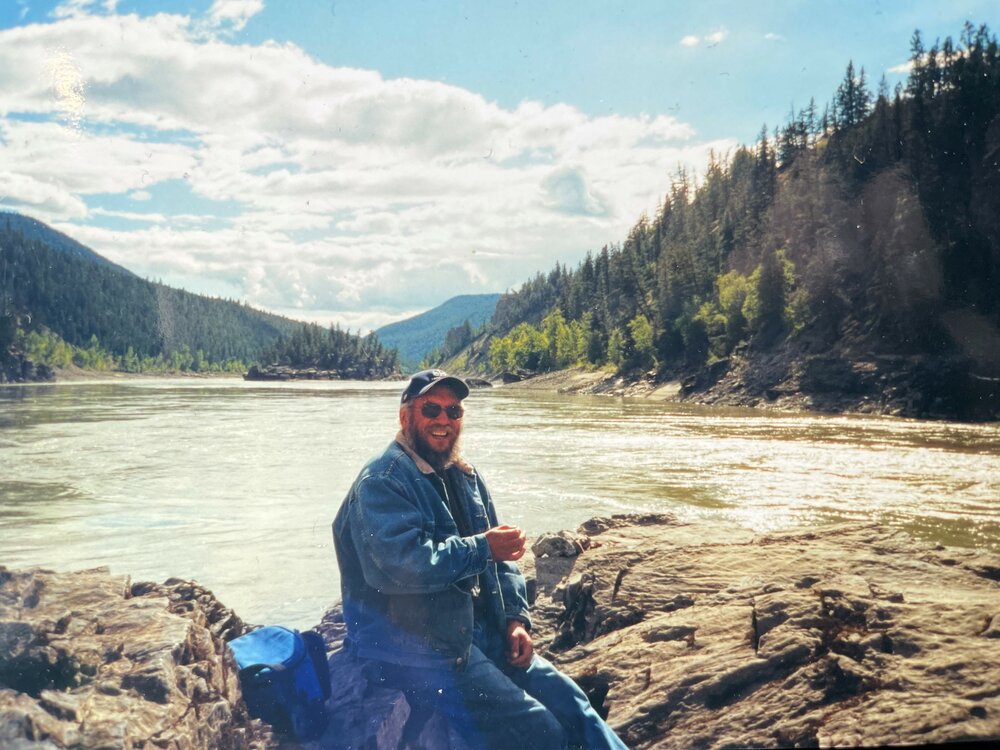 The ship is safest when it is in port, but that’s not what ships are built for.

Dad was a true adventurer. When some new and exciting opportunity came knocking, he gladly accepted. Which took him many places throughout his life.

Dad wore many hats, he enjoyed his time as a pilot with “bullshit airlines” and would often tell stories about flying in around rural areas. He was a prospector, climbing mountains all over B.C., and Nevada in search of minerals. He has so many fond stories about his time living in Nevada and the adventures the desert had for him. Dad was a geologist and loved identifying rocks for anyone who was curious.  For many years he built refuelling stations all over Canada with Centcom construction. This career had him staying in all sorts of communities. Dad could alway find something special anywhere he was and would often visit little museums along the way. Dad considered himself a lifelong student and would always say you’re never too old to learn.

He loved to cook and when anyone else would open the fridge and only see sauces, he would whip up some culinary delight for us. Occasionally these creations would leave us wishing for kraft dinner instead.

Home was in Moyie for Dad, and he loved his community, especially those countless days fishing and swimming at the lake.

George was predeceased by his father Herman, mother Gertrude, and his eldest daughter Christina.

He will be dearly missed by his children Daniel (Hannah), and Shawna (Derek), his siblings Anna (Harvey), Bob (Shirley), Henry (Geri), and Don (Cindy). George will also be missed dearly by his ex-wife and long time friend Gail. Dad had 6 grandchildren that he was so very proud of, Patrick, Justin, Leah, Jake, Sienna, and Alex.

Thank you to Dr. Whitton and every single nurse who cared for Dad during his time at the EKRH. The third floor nursing staff truly made his final days easier and your compassion did not go unnoticed.

A celebration of life for Dad will be held at a later date.

We have lost a great friend, Uncle, Brother, Grandpa and Dad.

We will miss you Dad.

To send flowers to the family or plant a tree in memory of George Siemens, please visit Tribute Store