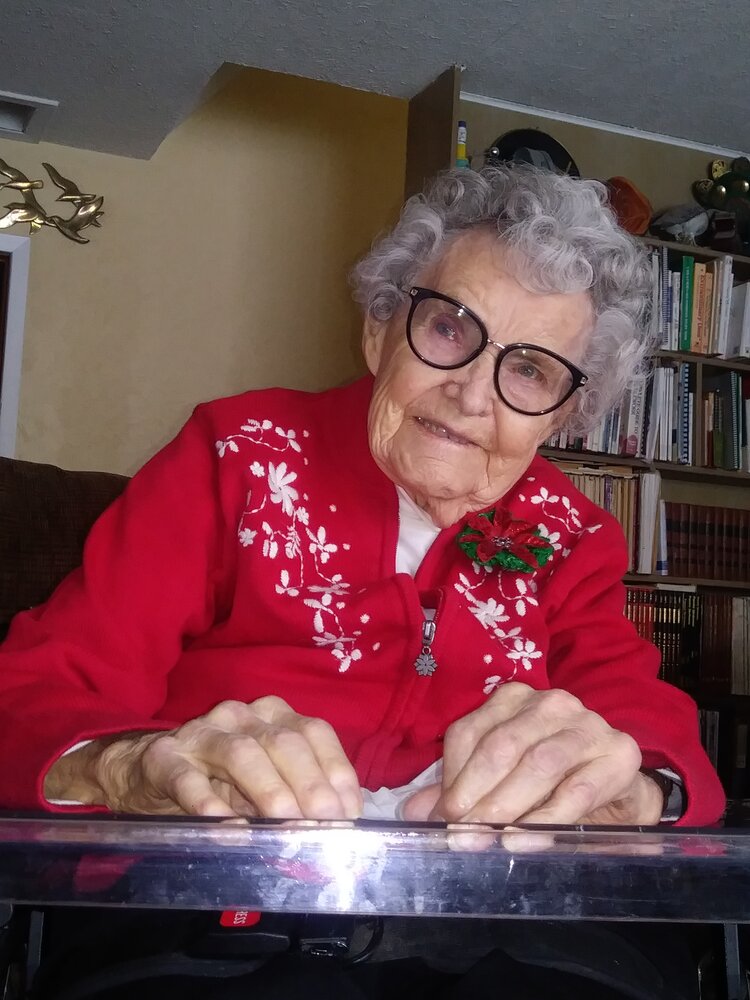 Please share a memory of Verlie to include in a keepsake book for family and friends.
View Tribute Book

It is with great sadness that we announce the peaceful passing of Verlie Patricia "Pat" Lynch (Brayton) on April 3, 2022 in Edgewater, BC. Pat was born on April 15th,1929 to parents Charles and Edythe Brayton of Selkirk Manitoba. Pat joined the Royal Canadian Air Force at the age of 21, where she met and married Stan Bryce while both stationed in Saskatoon, Saskatchewan. They relocated to Edgewater, British Columbia on New Years Eve, 1953 and enjoyed raising their family of six girls while also farming and operating their business and rental properties. Pat was very active in the community and taught sewing and swimming lessons and was involved in numerous businesses. On Stan's passing she continued to farm and manage their properties while also managing a restaurant, providing employment to many of the valley's youth.

Pat enjoyed travelling, golf and swimming, finding a kindred spirit in Al Lynch whom she later married in May 1991 before moving to Invermere, British Columbia and spending the colder months in Mesa, Arizona for 12 years. When "snowbirding" came to a close Pat continued golfing, swimming, hiking, walking and playing bridge three to four times a week. Curling was also a favorite hobby of hers. Pat also enjoyed crafting - from candles, lawn furniture and ceramics, to crocheting afghans and Quillows and necklaces to be found at the Farmers Market.

There will be a service held in her memory on Saturday June 11, 2022 at 2pm at the Edgewater Community Hall.

In lieu of flowers a donation to a charity of your choice may be made in memoriam of Patricia.

To send flowers to the family or plant a tree in memory of Verlie Lynch, please visit Tribute Store
Saturday
11
June

Share Your Memory of
Verlie
Upload Your Memory View All Memories
Be the first to upload a memory!
Share A Memory
Send Flowers