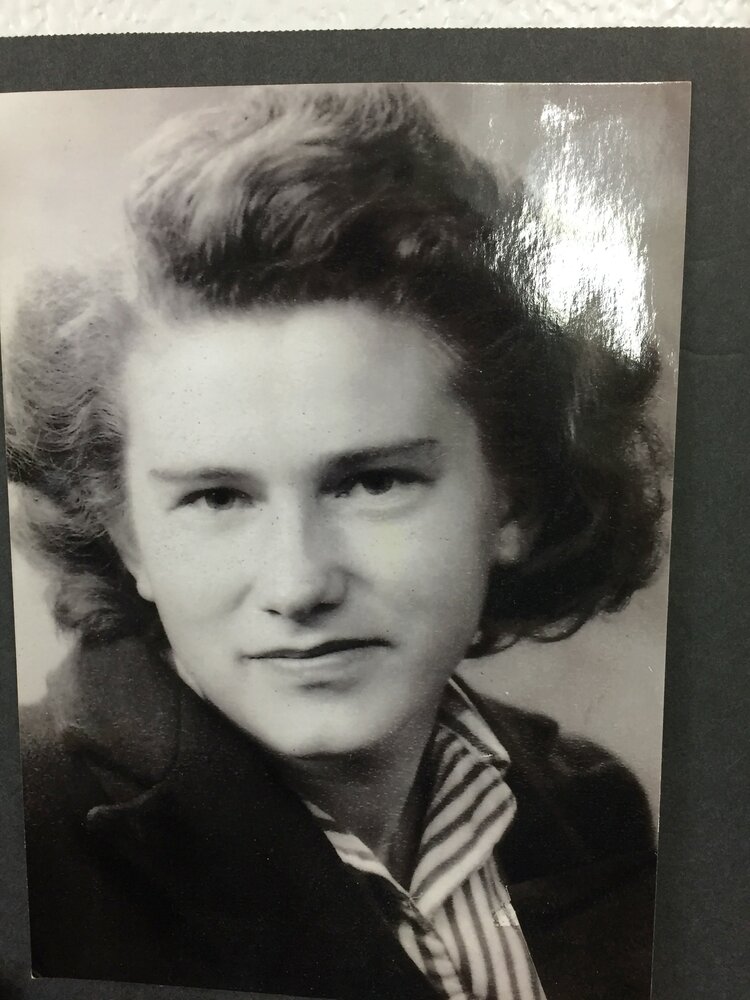 Mary passed away peacefully at the age of 93 . A small service was held at Westlawn Cemetery April 23 2022.

Mary was born in a small town of Sanok Poland her parents were displaced from the Ukraine because of the war, and at the age of 5 came to Canada with her mother to be with her father near Hubard Saskatchewan where they had a small farm . Mary grew up with her brother Ed and her sister Olga after high school she  went to Yorkton College and graduated in 1949 . Mary’s first job after graduating was working at a bank where you could not be married and had to learn how to operate a shot gun that was under the counter. She always told me she hated guns but ended up being around them her entire life .

She met the love of her life when her sister Olga was driven home by Ed Derkach from the Hardrock school dance . Mary was waiting for her sister to arrive and when Olga got out of the truck Mary got in and talked with Ed most of the night in the drive way . Mary married her bad boy shortly after in 1950 , and had to give up her job in the bank as she could not be married and work at the bank .

Mary’s new job was to keep Ed out of trouble , which there was no shortage of adventure as Mary was kept busy with making sure Ed didn’t get into too much trouble.They moved 13 times before Ed purchased part of his fathers Farm near Abernathy Saskatchewan (BACK OF OLD CANADIAN ONE DOLLAR BILL). Mary had a great love for horses and dogs and there was one always around even when they decided to sell the farm and move to Cranbrook BC in 1968.

Mary was the true Ukrainian woman as there was never a shortage of food on the table and she made sure you didn’t go home hungry and if you did it was your fault as she never stopped putting food in front of you while you were there visiting . She loved going for coffee every morning at her best friends Nori’s house and after Nori passed away every morning with Ed . Even when Ed would get up at 4 or 5 in the morning when he left for work she would still get up and have coffee with him . Later in life you could see them every morning at Tim Hortons for coffee .

Mary was predeceased by her parents Dimitri and Mary and her husband Ed.

In lieu of flowers donations can be made to the Parkinson’s or Alzheimers foundation .

Many thanks to Jody , Dustin , and Melissa for the very kind words and poetry .

To send flowers to the family or plant a tree in memory of Mary Derkach, please visit Tribute Store

Share Your Memory of
Mary
Upload Your Memory View All Memories
Be the first to upload a memory!
Share A Memory
Send Flowers