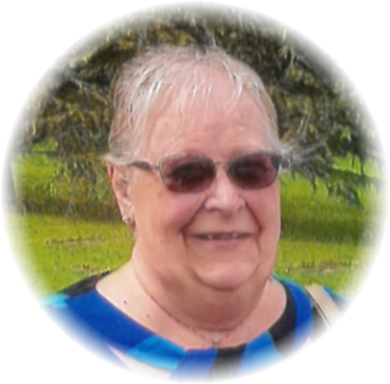 Please share a memory of Jean to include in a keepsake book for family and friends.
View Tribute Book

Born in Nelson, British Columbia on Monday May 15, 1950 to Mildred & William Hogg, Jean spent the first few years being raised there before her father moved the family to Revelstoke.  There would be where her and her brothers spent most of their childhood. Jean graduated from Revelstoke High School in 1969 and worked until she moved to Cranbrook to be closer to her family in 1972.

While in Cranbrook, she got a career at Canadian Pacific Railway in the office and drove crew buses.  It was there that she was introduced to her future husband, Conductor Brian Jensen, by Ken Newhouse.  They married the following year on April 21, 1973 and another year later, the family had started.  She left CP Rail and started at The Bay in the fall of 1980; a move to spend more time with her family.

During the years she bowled on Friday nights, was a Cub/Scout helper, Explorer helper and Youth Group helper.  In 2009 she welcomed the birth of her first grandchild, Kaylan Koch.  Three more granddaughters followed (Zoe, Riley & Clara).  She retired from Zellers in 2012 after the stores shut down.  In her retirement, she enjoyed playing cards with her friends, going to lunches with the girls from Zellers, and spending time with her grandchildren.

Jean passed away at the East Kootenay Regional Hospital on Sunday May 8, 2022, at the age of 71.  She leaves behind her mother Mildred McCormack, husband of 49 years Brian Jensen Sr., son Brian Jr, daughter Wanda (Troy Koch), son Shawn (Carmen Jensen), sister-in-law Dinah (Blair Draxel), brother Jim (Joanne Sullivan), her 4 grandchildren & grandpuppies and all her other family members & friends.  Jean was pre-deceased by her father William, brothers Bill, Trevor & Gordon and her Grandparents Hogg and White.

To send flowers to the family or plant a tree in memory of Jean Jensen, please visit Tribute Store
Sunday
15
May

Share Your Memory of
Jean
Upload Your Memory View All Memories
Be the first to upload a memory!
Share A Memory
Send Flowers