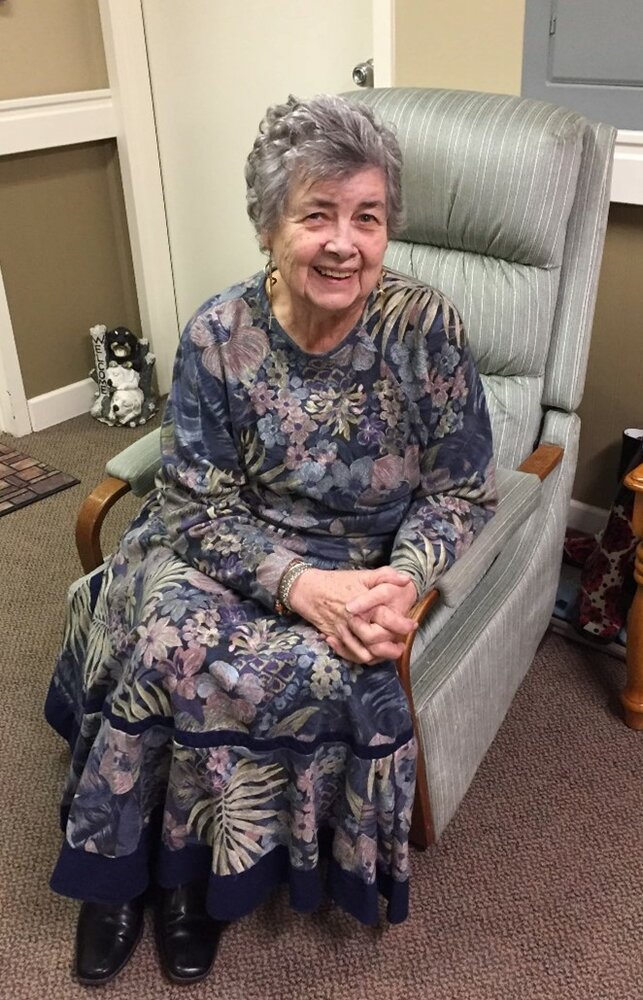 Please share a memory of Shirley to include in a keepsake book for family and friends.
View Tribute Book

With sadness, the family of Shirley Doreen Guimont announce her passing in Kimberley, BC on May 29th.

Shirley was born in Foley Brook, New Brunswick, November 3, 1935, the youngest of four children to Julius and Ester Andersen. Shirley graduated high school and then followed her love, George, out west at 19 years old. They married on October 8, 1955 in Edmonton Alberta.

George and Shirley enjoyed 55 years of marriage until George passed away in 2010. During that time, they experienced several adventures and lived in many places while four children came along.

They settled in Kimberley, BC in 1993 where they ran Bavarian News for 25 years. Shirley manned the till, always greeting customers with her beautiful, warm smile and wearing her Bavarian dirndl during the summer months.

Shirley enjoyed curling and was part of a mixed team with George and a ladies team who competed in the 1984 Winter Games in Fort St. John. One of Shirley's greatest joys was feeding her friends and especially, her family, wonderful meals and her delicious desserts!

In 1967, George and Shirley purchased a lot at Columere Park, Columbia Lake where together, they built a cabin that we all enjoyed for many years. In 1998 they retired and moved permanently to the lake where they enjoyed many happy friendships and events.

Shirley returned to Kimberley in 2014 where she resided at Garden View for 5 years and then the Pines for her remaining 2 and a half years. The family would like to thank the staff of both places for the excellent care they gave our mom.

Shirley was an amazing mother, friend, and nana. She will be greatly missed by all her family and friends. Shirley was predeceased by her husband George, parents, Julius and Ester Andersen, her two brothers, Anchor and Raymond, her sister, Grace and her grandson, Bryce.

In lieu of flowers Shirley has requested that donations be made to a charity of your choice.

At mom's request, there will be a celebration of life in the near future.

To send flowers to the family or plant a tree in memory of Shirley Guimont, please visit Tribute Store
Print
Online Memory & Photo Sharing Event
Online Event
About this Event