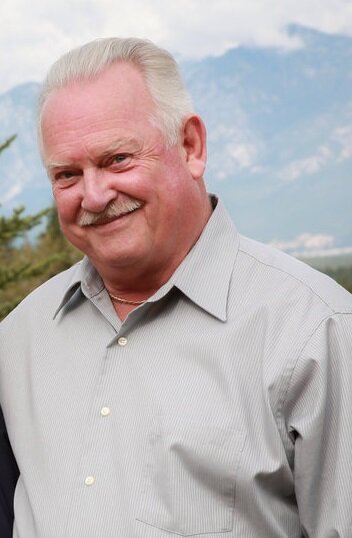 With heavy hearts the family of David Laurie Pettigrew (Pebble) would like to notify family and friends of his sudden passing on June 9, 2022 in Invermere, BC.  David was born on March 31, 1948 in Springhill, NS and is survived by his cherished partner and beloved friend of 32 years Beverly Meyers, his daughters Amber Pettigrew of Winnipeg, MB, Laurie Pettigrew (Carey) of St. Andrews, MB, Bev’s Son Wade Meyers of Invermere, BC, and daughter Angela Manns (Richard) of Carberry, MB, Bev’s mother Millie Robertson “David’s special Mom” of Carberry, MB, his sisters Ruth Boss of Moosejaw, SK and Holly Trewin (Geoff) of Surrey, BC and brother Randy Pettigrew of Parsboro, NS, sister-in-law Teri Pettigrew of Aldergrove, BC, brother-in-law Rick Robertson (Tammy) of Brandon, MB, and brother-in-law Chuck Hilhorst (Nancy) of Invermere, BC.  David is also survived by his seven grandchildren (Tyral, Raelyn, Jaydon, Cody, Breanna, Broni and Daniel) and five great-children (Ava, Scarlett, Cara, Avery and Gordon) and remembered fondly by nieces and nephews, aunts and uncles, cousins and very close family friends.  Dave was predeceased by his father Earl Pettigrew of Southampton, NS, mother Eva Pettigrew of Moosejaw, SK, brother Allan Pettigrew of Calgary, AB and sister-in-law Bonnie Hilhorst of Invermere, BC.

David served proudly as a member of the RCMP from June 1967 until June 1995.  He retired as a Sgt. beginning his career as part of the Marine Division East and West Coast, and then the Land Division where he was posted in Churchill, MB.  It was at this posting that he met his first wife Carol Anne.  Although most of Dave’s service was spent in Manitoba, he had the opportunity to work jointly with the OPP in Kenora, ON.

After enjoying a couple of years of retirement, Dave and Bev moved to Invermere, BC where he returned to work as a ‘Marshall’ for Panorama Golf Course with his good buddy Doug Tyson.  He also spent several years working for Big Horn Meadows in Radium, BC until he decided it was more fun to ‘play’ in the mountains than ‘work’.

One of Dave’s passions was bagpiping.  At age 35 he became a piper and played as part of the RCAAPD based in Portage La Prairie, MB.  He had the opportunity to play in both the Denmark and Halifax, NS Tatoos.

In keeping with David’s wishes there will be no funeral service.  There will be a private family gathering at a later date in Nova Scotia for his internment where he will be laid to rest with his father.  In lieu of flowers, David and family would appreciate donations to your local children’s hospital.

A LIMB HAS fallen from the family tree that says Grieve not for me. Remember the BEST TIMES, the laughter, the song, the good life I lived while I was STRONG.

To send flowers to the family or plant a tree in memory of David Pettigrew, please visit Tribute Store
Online Memory & Photo Sharing Event
Online Event
About this Event

Share Your Memory of
David
Upload Your Memory View All Memories
Be the first to upload a memory!
Share A Memory
Send Flowers