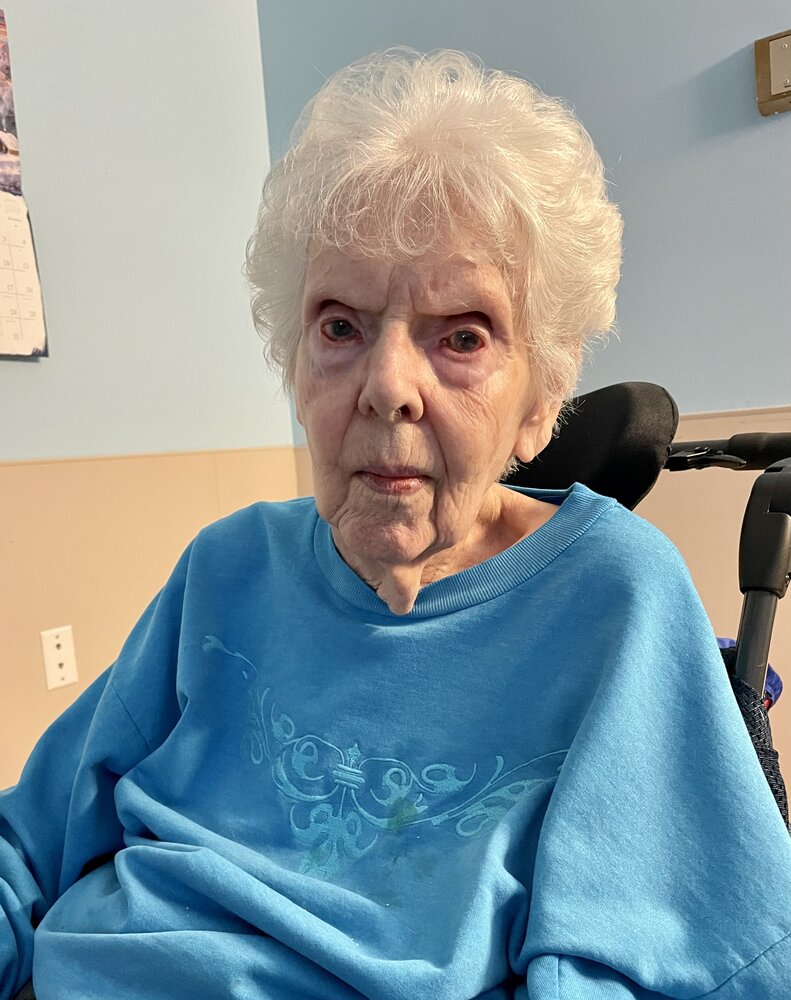 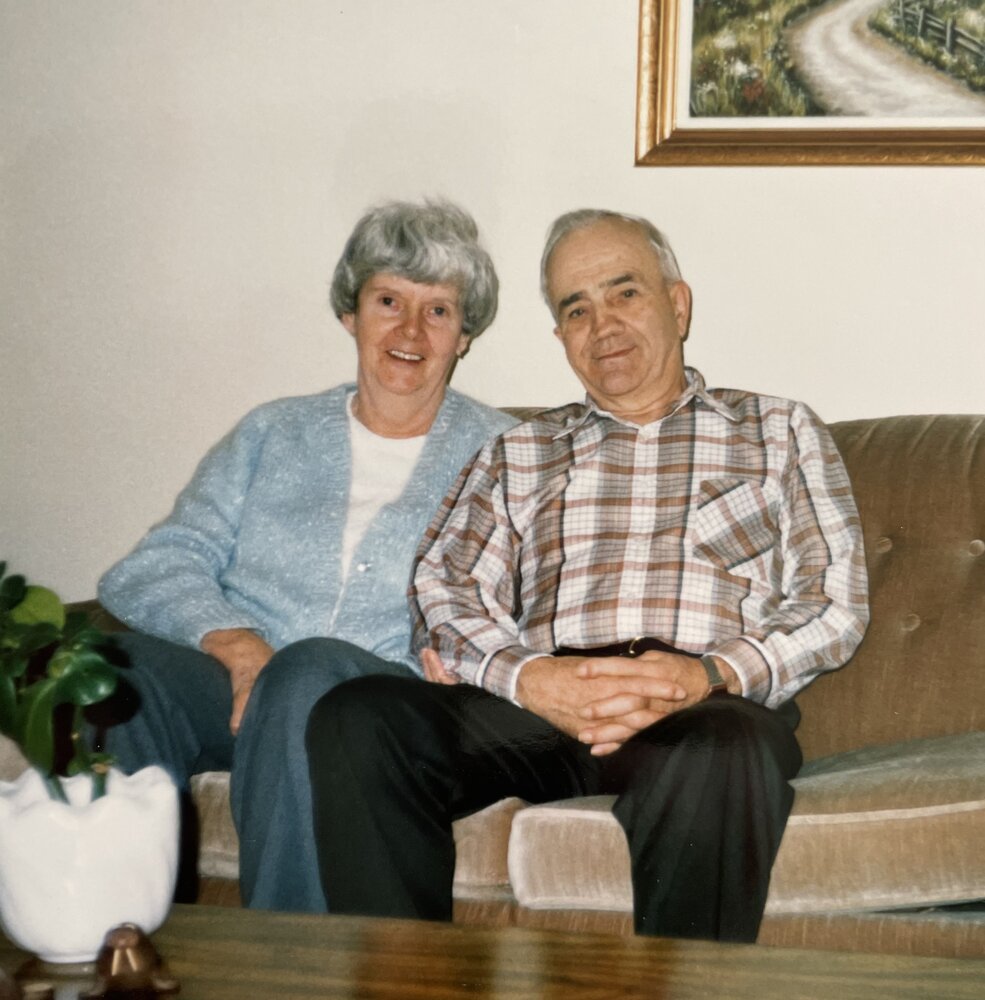 It is with sadness we announce the peaceful passing of Helen Laible.

Helen was born in Montreal, QC. She was the first of three children born to Gustav and Mable Margraf. She had fond memories of her early years in Montreal and visiting cousins in New Brunswick. Though times were tough during the Depression she managed to get a job and have fun. Leading her to attend a dance put on for the soldiers heading off to WW11. This is where she would meet her future husband Paul.

Upon Paul’s return from overseas duty, Paul & Helen were married June 1, 1946. Soon after she moved with her new husband to his family’s farm in Fork River Manitoba. Rural life was entirely new to Helen but she accepted these new challenges and had the help of her new large extended family. In a few years the family now included their two young daughters. Deciding to strike out on their own, Paul, Helen, and the girls set out for the unknown in British Columbia. After several moves they settled in Langley in 1958. Once the girls graduated high school Paul & Helen chose to return to Fork River MB. Several years later their oldest daughter Brenda and her family settled in Kimberley BC. Shortly after, in 1981, Paul & Helen decided to relocate one last time to Kimberley as well.

Paul & Helen enjoyed 45 years of marriage. Together they camped, travelled far & wide to visit family, and spent many hours in the car on sightseeing daytrips. They loved to host company and did so often, as they made wonderful friends everywhere they lived. They were positive contributors to all the communities they became a part of.

Family was always extremely important to Helen which led to a deep interest in genealogy. She spent a great deal of time and effort mapping out the extensive family tree for both her and Paul. This was all accomplished in a time before there was “an app for that”!

Above all Helen liked connecting to people and if it could be done over a cup of coffee, all the better!!

Helen will be greatly missed. She is survived by her brother George, daughter Diane Burton, grandchildren Anna-Marie Skolos (Brian Bova), Amanda Burton, Duncan Burton (Kim Tamblyn), great grandchildren Dakota Webb and Josie Bova along with many extended family members. Helen was predeceased by her husband Paul, daughter Brenda Skolos, son’s in law Roy Skolos and Richard Burton, and sister Lina Wells as well as many in her extended family. She has lived a good, long life and is now reunited with so many that have gone ahead of her. She is resting in peace in excellent company.

Her family would like to thank Dr DuPreez, the Home Support team, and the extended care facilities of Rocky Mountain Village and the Kimberley Special Care Home. Helen received excellent care which was especially needed during these last few covid restricted years. Very special thanks go to Garden View Village which had been her home for many years up until July 2021. The workers and fellow residents there became her second family. She was so happy to be a part of this wonderful little residence on the hill and loved that the coffee was always on!!

Interment will take place at a later date in Winnipegosis Manitoba where she will be placed beside her husband Paul.

Condolences for the family may be offered at: www.mcphersonfh.com

To send flowers to the family or plant a tree in memory of Helen Laible, please visit Tribute Store

Share Your Memory of
Helen
Upload Your Memory View All Memories
Be the first to upload a memory!
Share A Memory
Send Flowers