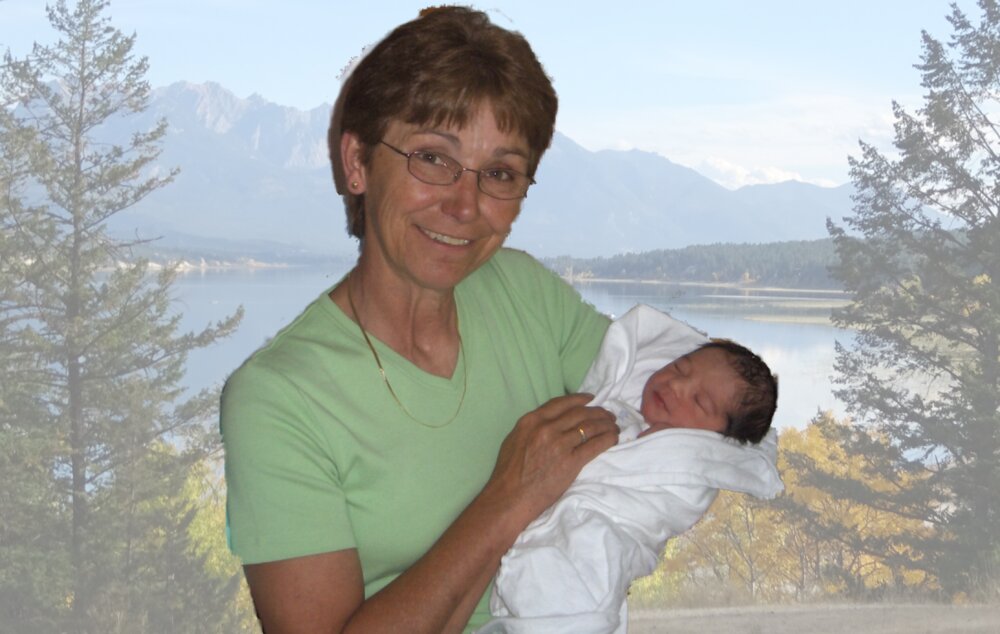 July 16, 2022 at the age of 69 after battling a prolonged respiratory condition.

Darlene was born in Bengough, SK to Harry and June Hartley (Greenawalt) who farmed in the Ogema area.

She first attended the country school in nearby Dahinda and later graduated from high school in Ogema.

After graduation she worked as a telephone operator, dental assistant and secretary. Her desire to see

vacations in the UK and Mexico.

In 1980 she began work in Calgary where she first met her future partner, Vic Thomas and a permanent

relationship flourished in 1984. Darlene’s two sons, Mark and Ryan, were born in Calgary. Vic, Darlene and

boys spent most weekends each year and summer vacation at the family cottage near Invermere. Wishing to

live in a smaller community, Darlene and boys moved to the family cottage in 2002;- Vic continuing work in

Calgary until his retirement in 2005. Together, they traveled to New Zealand, Chile, Argentina, Central

Europe, Hawaii and numerous cities in the continental USA.

skiing, and golf. After moving to Invermere, she became active in the Lake Windermere District Rod & Gun

Club, acting as club secretary and membership coordinator for several years and became an accomplished

archer and clay target shooter until health conditions curtailed these activities. Darlene loved flowers and her

flower garden kept her busy during the summer. She was a wonderful partner and mother and cared greatly

She was pre-deceased by her parents and brother-in-law, Allan Thomas.

Darlene is survived by her partner of 38 years, Vic Thomas; son Mark Thomas (Shannon Thomas) and

both of Fort Saskatchewan, AB. Special friends include Rosemary Cliche and Mildred Hartley of Calgary

and Gerri Gemmell of New Zealand and of course her loving dog, Lola.

At her request, no service will be held.

To send flowers to the family or plant a tree in memory of Darlene Hartley-Thomas, please visit Tribute Store
Print
Share A Memory
Send Flowers