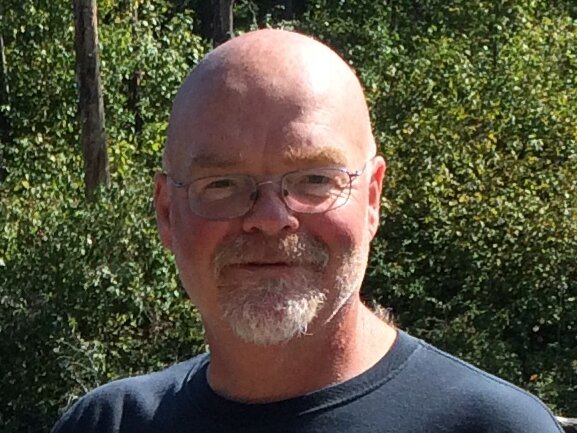 Please share a memory of Kent to include in a keepsake book for family and friends.
View Tribute Book

Suddenly, on August 7, 2002, Andrew Kent Solinsky passed away in Kimberley, British Columbia at the age of 60. Kent is survived by his mother, Donna, sister Heather Pagdin, brothers Kerry, Keith, and Kevin, dear partner Kathy Desbiolles, and other family members. He is predeceased by his father Ted and former long-time partner Michelle Masserey.

Kent was born on February 25, 1962, in Bissett, Manitoba, and the family moved to Winnipeg in 1966. He attended schools in Fort Garry and graduated with a Bachelor of Arts from the University of Manitoba with a major in History. For many years, Kent worked as a health care aide with St. Boniface Hospital, and he then moved on to work as a custodian / maintenance worker at several schools in Pembina Trails School Division. Shortly after his retirement in 2015, Kent moved out to Kimberley, British Columbia with his partner Kathy. Always an avid camper and hiker, Kent was passionate about exploring the geology of western Canada.

No funeral service will be held at Kent’s request.

To send flowers to the family or plant a tree in memory of Kent Solinsky, please visit Tribute Store
Online Memory & Photo Sharing Event
Online Event
About this Event

Share Your Memory of
Kent
Upload Your Memory View All Memories
Be the first to upload a memory!
Share A Memory
Send Flowers