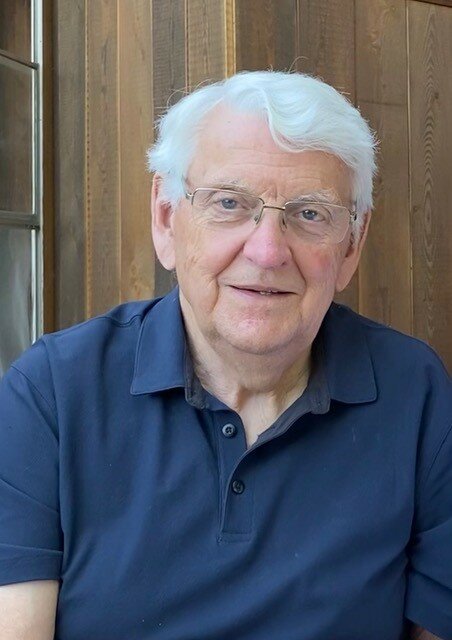 Please share a memory of Barrie to include in a keepsake book for family and friends.
View Tribute Book

It is with profound sadness that the family of Barrie Edward Peterson announces his passing on September 17, 2022 in Kimberley, BC surrounded by family.

Barrie was born on July 18, 1940 in Calgary, Alberta. Barrie met his “bride” Judy at Ross Sheppard High School in Edmonton, Alberta. He completed his Bachelor of Commerce degree at the University of Alberta and joined Safeway and then Molsons as part of the Labour Relations team. In the spring of 1982 Barrie relocated his family to Kimberley, BC where he and Judy forged a lifelong partnership and friendship with George Wood running Bavarian Sports & Hardware, until his retirement in 2010.

Barrie lived true to his values, he was resilient, had integrity, lived with purpose and had a strong commitment and love for family. He shared his passion for skiing, cycling, hiking, adventures, and card games with his daughters, their friends, his nieces and nephews, his eight grandchildren and great granddaughter. Many wonderful adventures were shared with his sons in law Don, Kerry and Gabe.

Barrie’s life was greatly enriched through his community service with the original Board of Directors for the Kimberley Ski Hill and the Kimberley Health Society. In retirement, Barrie returned to his creative roots painting with friends and singing baritone in the community and church choirs.  He and Judy were active members of the Anglican Church and participated in the merger of the Anglican and United Church congregations.

Barrie will be missed greatly by his lifelong friend and wife, Judy Peterson, his daughters Kari (Don) McInnes, Kate (Kerry) Bidder, Sue (Gabe) Peterson and his grandchildren Grayden (Natasha), Jeremy, Sydney, Malaiya (Brandon), Linnea (Marshall), Mara, Amelia and Eliot as well as his great granddaughter Ayla. He will be loved and remembered by the “Tweddle family” and friends.  Barrie was predeceased by his young son Malcolm, his Mother Evie (Chuck) Connor, his Father Edward (Flora) Peterson

A celebration of life will be held on Monday, October 17 at 10:30 am at the Kimberley Shared Ministry (formerly the Kimberley United Church).  In lieu of flowers, if you wish to donate in his honour, please consider The Terry Fox Foundation or a charity of your choice. https://terryfox.org/

Arrangements entrusted to McPherson Funeral Services.  Condolences for the family can be offered at www.mcphersonfh.com

“Country roads take me home, to the place I belong…”     John Denver

To send flowers to the family or plant a tree in memory of Barrie Peterson, please visit Tribute Store
Monday
17
October

Share Your Memory of
Barrie
Upload Your Memory View All Memories
Be the first to upload a memory!
Share A Memory
Send Flowers