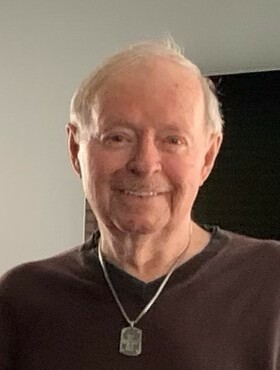 Please share a memory of Kenneth to include in a keepsake book for family and friends.
View Tribute Book

It is with the deepest of sorrow that the family of Ken Durant announces his passing on Saturday, September 24, 2022 at St.Michaels palliative care in Lethbridge Alberta at the age of 85.

Ken was born on his grandparents farm in Quill Lake where they lived with until he was 6. They moved to Watson where he grew up and where he learned his love of sports of all types, especially hockey, also gaining a love of music. On of his first jobs was making and maintaining ice in the Watson Arena where he would later play hockey for the Watson Rockets earning him a tryout with the Regina Pats. He was a very talented vocalist and guitar player.

Ken would meet the love of his life, Olga, in the Watson Bakery in 1957, when he got back to town after playing hockey, he and all od his buddies went in and purchased a single loaf of bread, upon delivering that loaf to his mother he told her he had just met the woman he was going to marry. They married September 25th, 1958, the first child Parry was born June 1959, and Kim, their second child was born in May 1960. They Lived in many places in Saskatchewan as Ken worked with highways and in potash mines until 1971 when they would move west to Sparwood and settle and welcome their third child Crystal. Ken worked in the coal mine until he retired.

After retirement they moved to Cranbrook where they would reside for 16 years, Ken would continue to work for Fiorentino Brothers and BE Contracting for numerous years. Eventually they would move to Coalhurtst, purchasing a beautiful new home and continuing their adventures together. Ken was very loved by his family and friends, we will miss his beautiful smile, his amazing sense of humor, and his incredible love of family.

Arrangements entrusted to McPherson Funeral Services Condolences may be offered at www.mcphersonfh.com

To send flowers to the family or plant a tree in memory of Kenneth Durant, please visit Tribute Store
Saturday
1
October

Share Your Memory of
Kenneth
Upload Your Memory View All Memories
Be the first to upload a memory!
Share A Memory
Send Flowers